A recent study commissioned by Rogers looked into Canadian technology and travel habits, while a separate comparison pit the company’s Roam Like Home roaming add-on versus the same service provided by rivals Bell and TELUS.

Rogers used the scenario of a customer traveling from Toronto to New York City for the weekend, using 358MB of data over 48 hours and three calendar days. 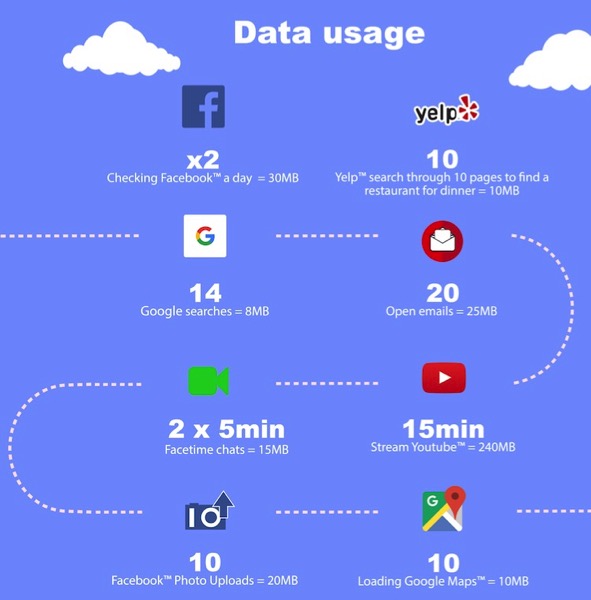 The company explains if the traveller lands on Friday at 6PM in NYC, and opts into Roam Like Home, they’ll start paying $5 per day, while Bell’s Roam Better plan is also $5 per day and TELUS Easy Roam is at $7 per day. From landing to just before midnight, the customer will use 100MB of data.

Once midnight strikes, Bell’s Roam Better option charges another $5, as the service is billed by calendar day, not every 24 hours, like Rogers and TELUS’ roaming options.

On the Saturday, if the traveller uses 158MB of data, they’ll be billed another $5 for 100MB on Bell, since their Roam Better only offers 100MB per day. 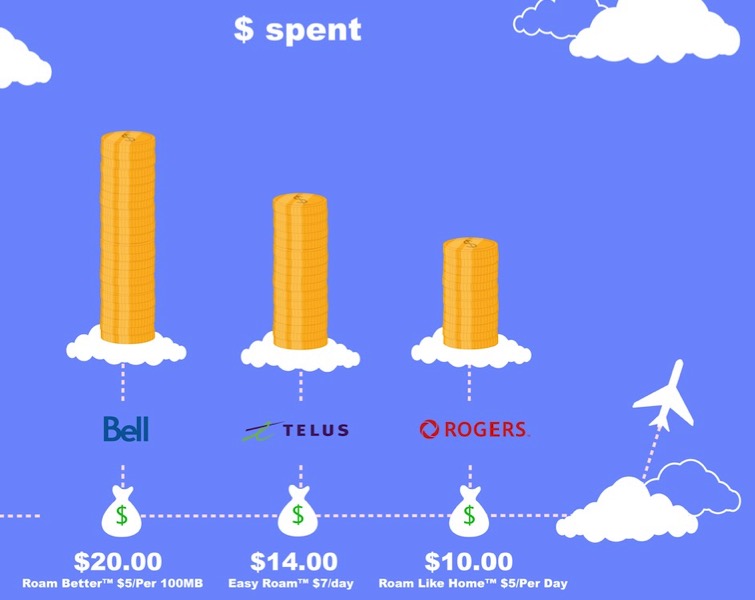 Rogers explained in an email their technology and travel survey also concluded 80% of travellers will be vacationing in Canada this summer, while one-third of respondents said they would going to the U.S., and 9 per cent off to Europe.

While Canadians are travelling, 60 per cent of respondents said they would be reluctant to use their smartphones as normal, because of the threat of data overages.

While subscribing to a U.S. or international roaming plan from the ‘Big 3’ is convenient (since you keep your number), other options are available too, such as Roam Mobility, which offers unlimited calling, texting and data in the U.S. for $4.95 CAD per day. The company recently changed their SIM card expiry, shortening it to six months from one year.

Update: A TELUS spokesperson emailed to add the following response to Rogers:

Unlike competitors’ plans, we’ve made US Easy Roam available to customers on any Consumer rate plan, except North American plans (CDMA, Mike, Business & Prepaid customers are excluded). TELUS also provides more flexibility, as customers have the option of choosing between US Easy Roam or a US 30-day travel pass, depending on which option better suits their needs.

When you’re roaming in the U.S.–what do you usually do?