Apple Has Approached Rogers and Bell Over ‘iTV’, Demo Unit Already in Labs? 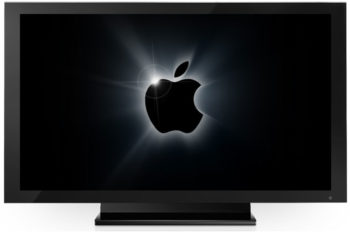 The Globe and Mail has added further fuel to rumours of the existence of an ‘iTV’ (as first noted by MacRumors), as sources have revealed Apple has their eyes set on a partnership with Rogers and Bell, with another separate source noting a demo product already exists within their labs:

Another source, also speaking on the condition of anonymity, said Rogers and Bell already have the product in their labs.

As for how the iTV will reportedly work?

Viewers can then control the TV by voice or hand gestures, all from the comfort of a couch. An on-screen keyboard, meanwhile, can also be activated in a similar manner, allowing viewers to surf the web, conduct video chats and use social media sites such as Twitter and Facebook – all without any physical interface.

We have heard about previous rumours utilizing Siri to control a future iTV.

What about Telus? Sources mention the company has plans to release a new technology to implement control of Optik TV via voice commands and gestures, utilized through the Xbox 360. Also, Telus is rumoured to extend Optik TV to computers, tablets and smartphones.

Apple Inc. (AAPL) may announce a television product called the iTV as video content becomes the iPhone maker’s next major focus, according to a Jefferies & Co. analyst.

User-generated video from customers who use iPads and iPhones as recorders may also play a role, giving Apple “the ability to leverage content into a YouTube-like model,” the analyst, Peter Misek, wrote in a note today. Misek, who in the note gave no time frame for the product announcement, recommends buying Apple shares.

This is a pretty big leak if these ‘sources’ are correct, as the story appeared on the front page over an hour ago. However, the part about an actual demo units already in place at Rogers and Bell test labs seem highly unlikely. Based on what we’ve learned about how Apple handled its preview of the iPad to developers, I find it hard to believe they would bring a demo ‘iTV’ unit to Canada. Maybe it was a loose interpretation of the final product (a cardboard cut out at best), but even then that seems unlikely.

What do you think? Could Canada play a major role in the launch of ‘iTV’?

Torontonians and experts are once again calling for Rogers, Bell, and Telus to provide underground cellular service on the Toronto Transit Commission (TTC) subway amid an uptick in violent incidents, including stabbings, armed robberies, and assaults, on the line in recent months — reports CityNews Toronto. In 2012, BAI Communications won a 20-year, $25 million...
Nehal Malik
15 hours ago