More and more cable companies are offering iPhone apps to allow customers to control their PVRs. The Telus Optik TV remote was released last Fall, and was eventually updated for iOS 5 last October. However, customers still reported issues with the app crashing incessantly even with the iOS 5 update.

Just yesterday, Telus released a further update for the Optik TV remote app with ‘improved iOS 5 compatibility’. Early reviews by users have reported success with this new update. Let us know how this latest update works for you. 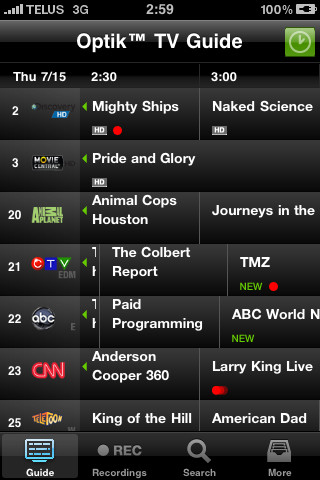