Starting tomorrow, Rogers will introduce a few promotions, such as the increase of its Bring Your Own Device discount to $20 (instead of just 10% off), reports MobileSyrup, which will be applied to month-to-month Share Ready Talk and Text & Wireless Internet plans, matching what TELUS and Bell have offered with their recently updated two-year term pricing, as shown below (TELUS): 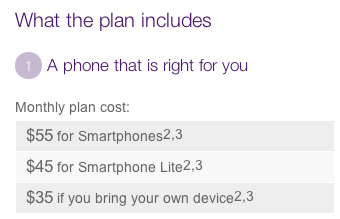 Other promotions by Rogers include the following: