Rogers wireless subsidiary Chatr Mobile has launched a new data add-on option for customers on the company’s $25 per month unlimited province-wide talk plan. Here’s what you can get now: 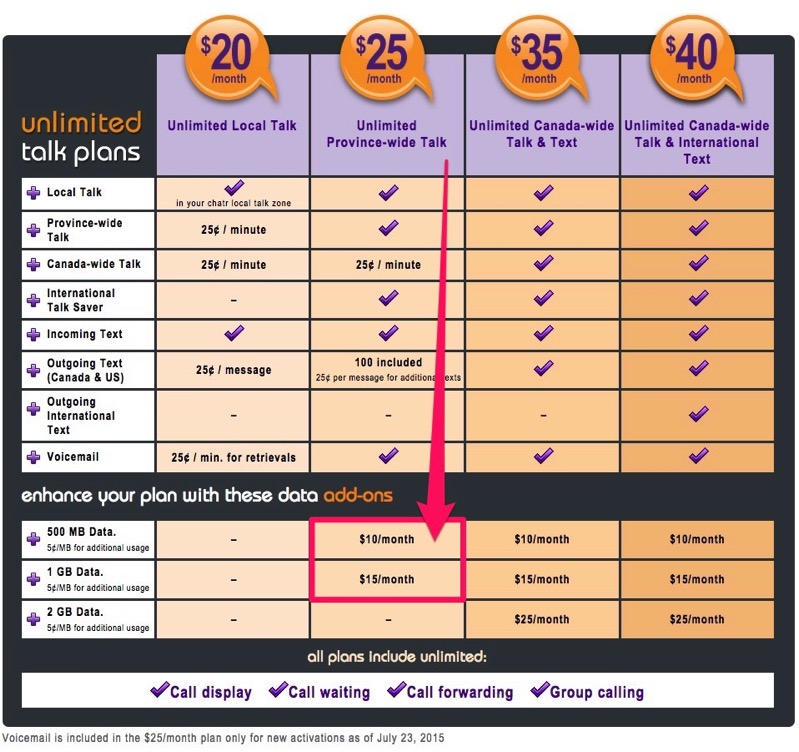 For new customers, if you sign up your credit card for auto-pay, you get $10 credit for the first 8 months (credits carry over), which can be redeemed towards 500MB of data.

For iPhone users that rely on free Wi-Fi, don’t use much data or make voice calls, this may be an option for a ‘cheaper’ wireless plan with decent coverage from Rogers. Back in May, Chatr expanded nationwide to 200 additional cities.