Fido’s $33 Canada-wide plan that offered 250 minutes and 300MB of data was launched back in May. This plan has been updated by the carrier to now add an extra 50 minutes, taking the total to 300, matching the plans from Koodo and Virgin Mobile. 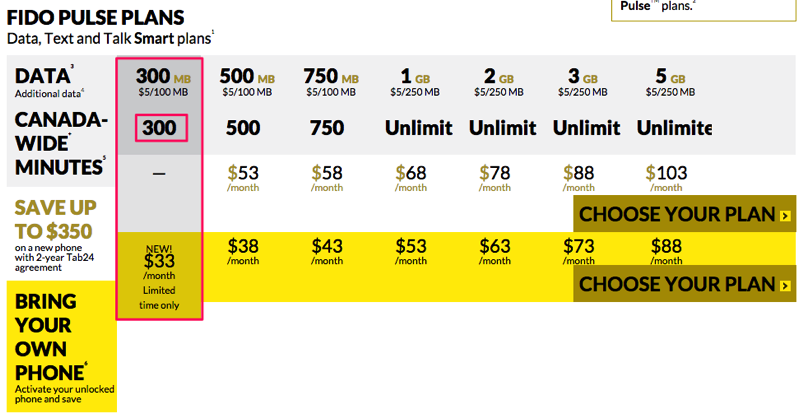 Just yesterday, Fido added unlimited US and International texting to all of their Pulse plans, essentially taking their offerings to match Koodo and Virgin Mobile. Earlier this week, Fido started texting customers again offering 1GB free bonus data per month as an incentive to stay with the carrier.

If you know someone who is on the old $33 plan, get them to call in and switch over to the updated plan to claim their extra minutes.