Fido has posted a Home Internet deal, where you can get their Internet 60 Unlimited plan for $60 per month. It comes with a free Wi-Fi modem, no contract or activation fee—plus comes with three months free, according to one RFD user who just got this deal. 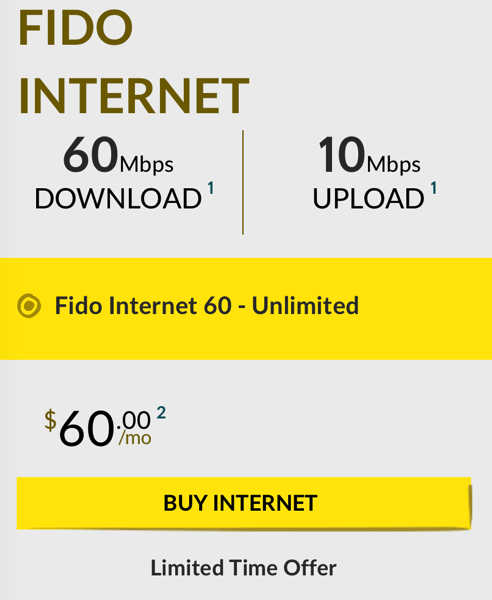 There’s also an existing Rogers promo, which offers Ignite Gigabit Internet plus Popular TV for $99.99 per month, but you really need to work employees to get the offer.

Back in September, Fido offered the Internet 60 deal for $55/month for 12 months. The offer looks to be only available in Ontario, where Fido Internet is offered.

The evidentiary portion of the Competition Bureau's federal Competition Tribunal hearing against Rogers and Shaw over their proposed $26 billion merger came to a close on Thursday, following 18 days of testimony, parades of witnesses, and strenuous cross-examination (via The Globe and Mail). Oral arguments from the two sides are scheduled for December 13 and...
Nehal Malik
11 hours ago