Rogers has a Black Friday offer where for $99.99 per month on a two-year term, new and existing customers can get Ignite Gigabit Internet plus the Popular TV package (middle tier). An upgrade to the Premier TV package costs $129.99 on contract. 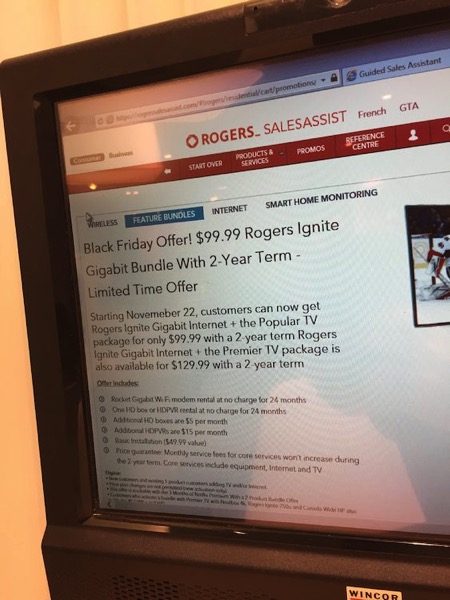 The offer includes a free Rocket Gigabit Wi-Fi modem rental and HD PVR for free for two years, while a $14.99 connection fee will apply, but install is free, according to RFD.

The offer launched yesterday and the code to get this is “U63”, only available in Ontario, and expires on November 30, 2016.

Rogers Ignite Gigabit Internet (launched last December) offers speeds up to 1Gbps download and 50Mbps upload, and on its own costs $149.99 per month, with unlimited usage.

Rogers’ proposed $26 billion takeover of Shaw Communications, if successful, could deliver a $216 million payday to 12 hedge funds that bet on it — reports Reuters. The controversial and heavily contested merger has a January 31 deadline. With the Federal Court of Appeal rejecting the Competition Bureau’s appeal of the merger on Tuesday, Rogers and...
Nehal Malik
21 hours ago