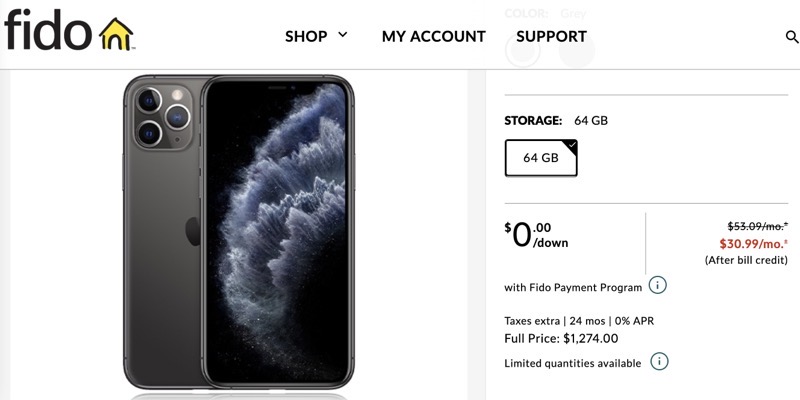 Fido is offering an iPhone 11 Pro deal for a certified pre-owned 64GB model, when you sign up for the company’s financing program on a two-year contract.

At this $643 price, it’s cheaper than a new iPhone 11 from Apple.ca at $849 CAD for those in Quebec. But of course, that’s only if you’re okay with a certified pre-owned phone.

In B.C. for example, you’ll require a minimum $45/4GB plan (unlimited nationwide minutes, etc) to get this iPhone 11 Pro on financing. Add in the financing cost and GST/PST, it’s showing as $85.11 all-in per month.

Fido says there’s a $100 bill credit, plus a $22.10/month promotional credit applied for those signing onto the Fido Payment Program.