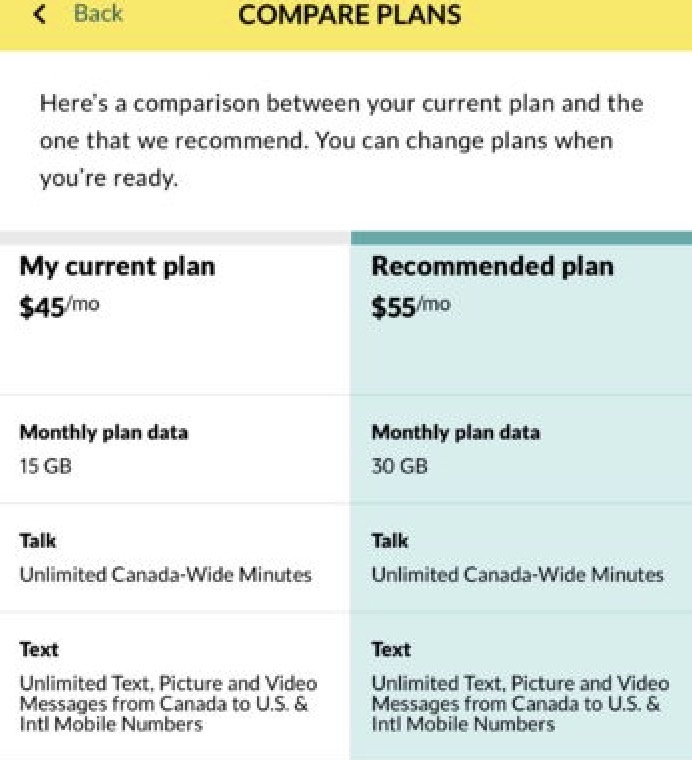 Fido is again offering promo plans for select customers, available when they log into their online accounts.

According to RFD, Fido is offering the following promo plans right now online for existing customers:

The plans come with unlimited Canada-wide calling and unlimited international SMS/MMS and the usual extras such as caller ID, voicemail, etc.

Again, this is a lot of data versus existing plans being offered from Fido, including its current $55/17GB promo plan, also available from Koodo and Virgin Plus.

Your best bet is to log into the Fido app or the web to check your account and see what offers are available. By enticing users with more data amounts, the company can increase the amount of a customer’s bill per month, allowing them to increase revenue per user metrics, a highly coveted stat for investors.