VICE hosts across Canada will produce daily video content covering events such as news, while on Saturdays VICE will have in-depth interviews with “one of Canada’s top news or cultural figures.”

“Ninety per cent of Canadians between 18-34 years-old are actively using social media and they’re looking for great news and entertainment to text, post, tweet, and share with their friends. So we’ve packaged together the best mobile music streaming and ground-breaking news service for our customers,” said Raj Doshi, the top dog at Fido.

A couple video teasers are below:

Fido users can head to FidoHub.ca to see if you’re eligible to try Daily VICE by entering your phone number. We entered our number and got the following options: 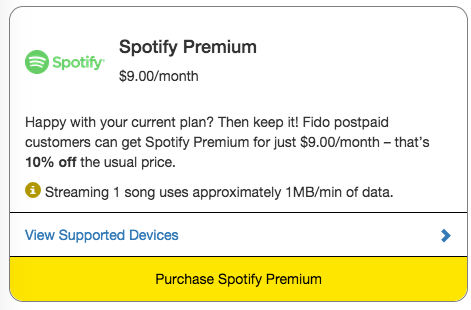 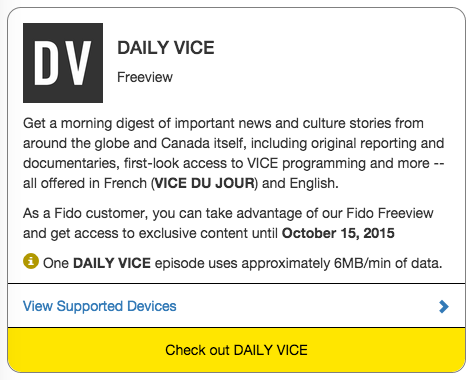 As you can see, Fido customers like myself can get Spotify for 10% off and try Daily VICE for free via the new iPhone app here–until October 15, 2015.

Rogers previously confirmed to us “We don’t offer zero rated plans,” which means Spotify and Daily VICE will use your data plan. According to the fine print, one Daily VICE episode will use roughly 6MB/minute of data.

As for the new Smart and Max plans, check them out below: 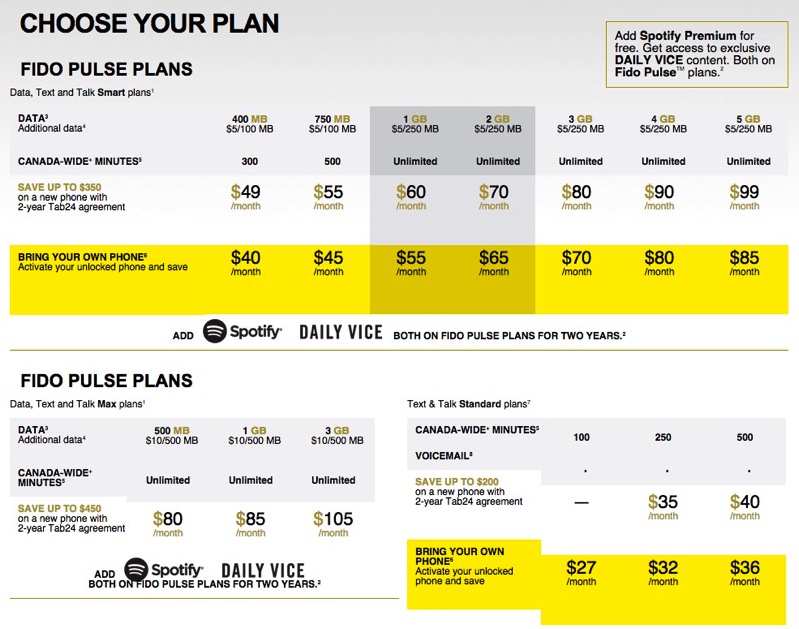 Plans range from $49 to $99 per month, with data amounts from 400MB to 5GB (with new 3GB/4GB choices). For BYOD customers, they get $5 off the first four plans, while the higher tier plans save $10 and $14 respectively. Max Plans look the same as before. You’ll also notice Fido Dollars cannot be earned on these new Pulse plans.

What do you think about these new offerings from Fido? Essentially the goal here is to offer customers more ways to use data, the real moneymaker, which can happen as we are all addicted to our smartphones nowadays.