Update: A Fido spokesperson has confirmed the 5GB data was added due to a “technical error”, but will be honoured for the current billing cycle for those affected.

Did you jump on the $60/10GB promo plans offered by Rogers, Telus and Bell? If you jumped on the deal with Fido, you may want to check your account online.

Some iPhone in Canada readers are seeing 15GB total data on their account when checking online, instead of 10GB, leading to confusion: 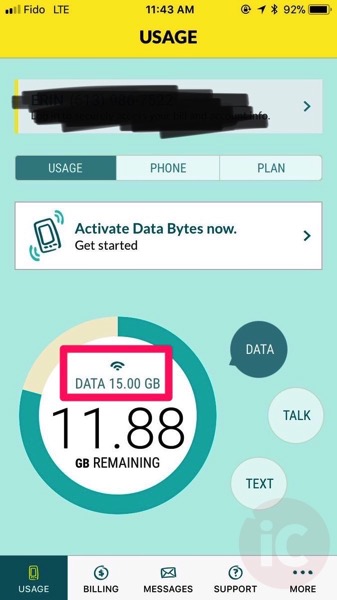 These $60/10GB plans introduced by the Big 3 were a response to a similar plan offered by Shaw’s Freedom Mobile. The result of this limited time promo by Rogers, Telus, Bell and their flanker brands, resulted in wireless customers lining up at retail stores to jump on the plan, while carrier support systems failed to keep up with demand.

Are you seeing 15GB of data on your Fido account right now? There’s no word whether the 15GB is a temporary error not, but we’ll find out soon enough.

Rogers-owned Fido is offering a new Black Friday plan only in Quebec, available from Best Buy. According to RFD users, the Best Buy locations in Rosemarie and Vaudreuil are offering up a $25 plan with 15GB data for bring your own phone customers. This plan is actually the $45/15GB plan in Quebec with $20 credit […]
IIC Deals
3 days ago