When Graham Boyle was admitted at Royal Columbian Hospital in New Westminster, B.C., for five weeks in November and December, he was using his cellphone to stay in touch with his wife Kathleen and friends. 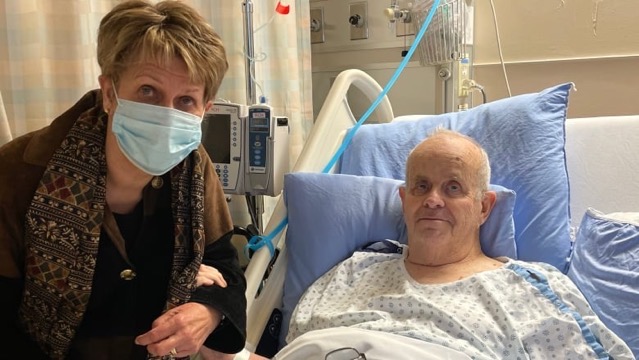 Boyle had two peripheral bypass surgeries on his legs at the time. Since his friends and family were unable to visit him due to COVID-19 safety protocols, he would have long chats with them on his cellphone, connected to Fido.

Unfortunately, Boyle and his wife were unaware they were racking up far more minutes than their cell plans permitted, which left them with a bill of $878.73.

Normally, the couple pays just over $100 for their two cell plans. They reached out to Fido for “compassion in a situation that is an anomaly,” but was only offered $150 off bills by a Fido agent.

“My heart started to beat very quickly. Initially, I thought it was a mistake,” said Kathleen, who mistakenly added extra data, instead of minutes to their cellphone plan:

“Once my husband went into the hospital and we were restricted through COVID for any type of visiting, it meant he was relying entirely on his phone, both text and minute,” said Kathleen.

Kathleen attempted to add more minutes to their plans but, instead, added extra data, not realizing they weren’t the same thing.

When she reached out to Fido for help, she says she was brushed off, raising a question about whether there’s a place for compassion in big business.

After CBC News reached out to Fido, it offered to waive the couple’s bill. The couple has also been switched to an unlimited talk and text phone plan, which should no longer result in overages for talk and text.