It’s been just over a day since I managed to locate a 3G iPhone in Victoria (after being denied on launch day). I wrote a mini review yesterday, so today I’m going to elaborate about my experience from moving to 3G from the first gen. Overall, I am very happy with the phone and the new features (GPS rocks, 3G is really fast). However, it’s not an “OMG I LOVE THIS AND WANT TO MARRY IT” happy since after owning the first gen, Apple really did set the bar high. 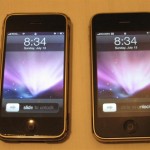 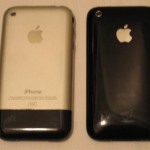 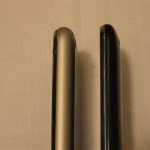 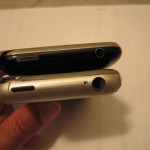 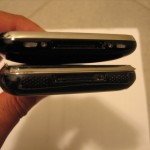 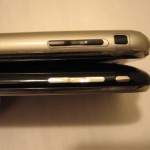 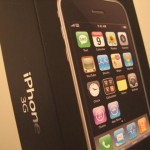 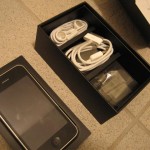 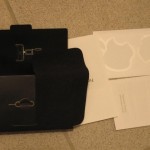 The 3G unit feels lighter than the first gen when it’s in your hands even though there is only a 2 gram difference. At 133g compared to 135g of the first gen, I prefer the feel of the first gen in my hands. It just feels more solid…very hard to explain what I’m trying to say. You gotta check out a first gen to know what I’m talking about. OH…and this thing is a fingerprint magnet. I’ve had to be pretty careful with it since I don’t have an invisibleSHIELD installed yet. That will soon change–wait for it (contest soon)!

Surfing the web on the iPhone seems faster this time around. Embedded YouTube is great, plus there is now better support for webpages that did not load properly before. Email works great, being able to save image files is awesome, so is the mass email delete. I used the phone today for 3 hours and 30 mins after a full charge, with light surfing and sending emails. No YouTube. Used about 9.9MB today–exceeding 6GB is going to be a challenge. The battery shows 1/3 remaining. Will continue to do more testing. iPhone 2.0 firmware seems to be a bit buggy at times. I’ve had some slowdowns and Safari crashes periodically. I would expect a tiny firmware update to be around the corner.

After using the phone for a day and a half, I must say having unlimited data is pretty awesome. Prior to having a data plan many people make themselves believe that using WiFi everywhere is a viable solution. Yes, it is pretty easy to find a hotspot but it’s even easier to not have to do the painful search for an open SSID (or make your way to that “open” hotspot location in town). Knowing that you can just access email/web/maps anywhere and anytime is pretty cool. Can you say good bye “Disconnect Anxiety” anyone? haha.

iPhone 3G is Sold Out Across Canada

Well it looks like the iPhone 3G launch has resulted in all iPhones being sold out from coast to coast. Apple recently sent out a .PDF poster to all Rogers retail outlets to advertising the following message (which you will see at your local store):

Don’t worry though, more shipments are going to arrive by this week. Trying to find an iPhone? Best bet is to locate all the Rogers Wireless locations in your area and call them the day of. It’ll save you some time and gas. Try also going to Costco as their cellphone kiosk there is an authorized Rogers reseller. While you’re there, go spend $200 on things you don’t really need, just because you know they’re gonna disappear by next week. Ahh, the joys of Costco.;)

Summary of my iPhone 3G Experience So Far

I’m pretty pleased with the latest enhancements Apple has accomplished with the latest iPhone 3G. I’m actually enjoying it a lot more than my first generation iPhone. I think a big reason for that is because of the unlimited data plan. 3G is blazing on the Rogers network and having that “always on” capability is a pretty neat thing. We never had that chance before because Rogers was charging you an arm and a leg for data–but that has changed temporarily for now.

If you have never used an iPhone before and plan on getting one, make sure you get the 6GB data plan for $30! It’s totally worth it and makes using the iPhone that much better! Would you pay $1/day for unlimited internet in your pocket? It’s a choice you’ll have to make–but I would!

PS – Just wanted to clarify the situation regarding so called “knife” guy from the Vancouver iPhone 3G launch day. David contacted me to let me know he wasn’t using the box cutter to take out his SIM card. He was just making cuts to keep the factory plastic on his iPhone 3G:

“When coworkers brought me 1st gen iPhones to unlock, that were sealed, I’d make
the same incisions on the sealed plastic (top for SIM, bottom for dock
connection) so their iPhone was still in mint condition when unlocked.”

I guess from 25 feet away standing outside, and peering through glass it looked like a different story. Our apologies if we caused any harm. Thanks for the email David!