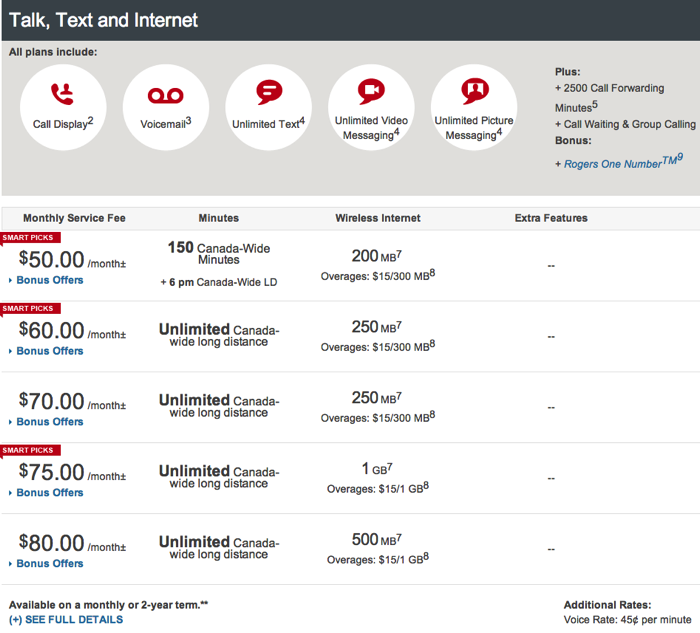 Here are the Share-Ready plans: 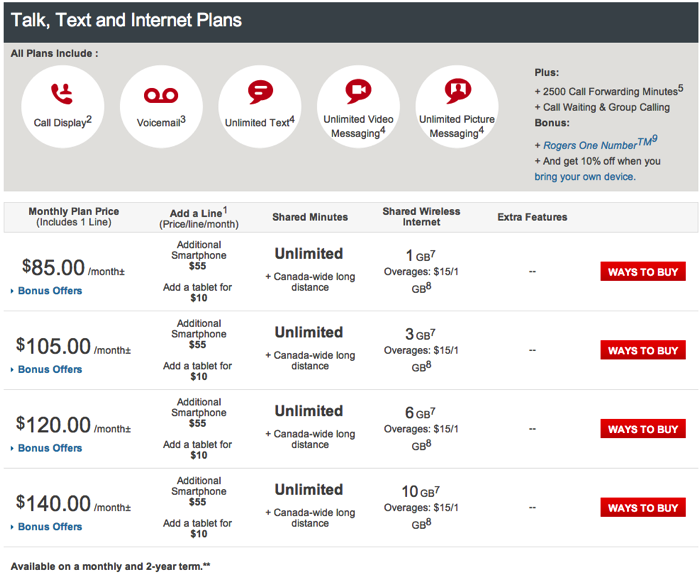 If you bring your own device, you can get 10% off your monthly bill. What do you think of these plans?

On a side note, double the data and minutes promos have ended with Koodo, Virgin Mobile and Fido. Hope you managed to jump on those as regular two-year term plans have now kicked in.

Rogers today also announced it has signed a LTE roaming agreement with Swisscom in Switzerland, making them the ‘first Canadian carrier to bring LTE roaming to Europe’. The agreement started July 31 and customers with a 2600Mhz device (excludes iPhone) can access LTE networks. Other LTE roaming agreements Rogers has overseas include Hong Kong and South Korea.