Yesterday marked a big day for Videotron in Quebec as the regional carrier launched the iPhone 5c and iPhone 5s, making it an alternative from the Big 3 for subsidized iPhone sales.

It looks like Rogers has taken note and created a $70/6GB nationwide plan for existing customers who are set to do upgrades, according to an internal doc, reports MobileSyrup:

This price plan change should only be offered if a customer mentions a competitor or the Videotron iPhone.

This plan drives premium device subsidy, however its data bucket is not shareable.

A comparable plan from Videotron costs $79.95/month with 6GB data. 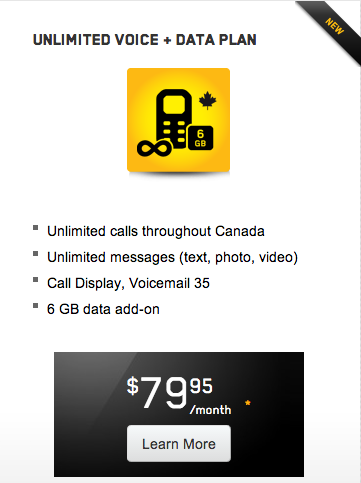 Meanwhile, a comparable Rogers 6GB nationwide plan outside of Quebec costs $125—a difference of $55.

Of course, those in Manitoba and Saskatchewan can also get a $65/5GB nationwide plan from Rogers.

Regional carrier competition definitely turns up the heat on incumbents. Now if only other provinces (outside of SK, MB, QC) can get that special fourth regional carrier so we can also get these juicy plans.

If you’re a Rogers customer in Quebec, let us know if you’re going to jump on this.