Along with today’s iOS 9.3 public release, Rogers and Fido customers may have noticed a 24.1 carrier update was released with it, as seen below: 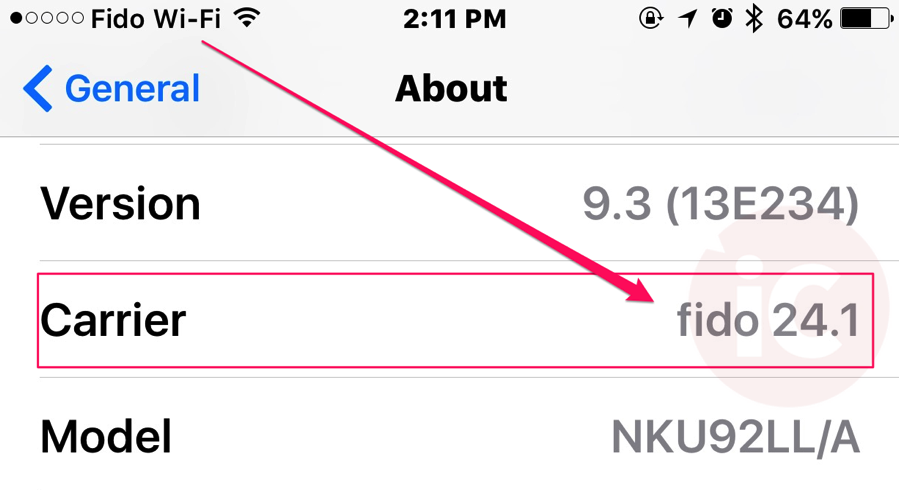 The last time we saw a Rogers/Fido carrier update was last month, with the release of 23.2, which fixed iPhone Wi-Fi Calling for some users.

How to install this carrier update? For us, after updating to iOS 9.3, it was already installed. But if you’re not seeing it, going to Settings > General > About usually triggers an update.

We’ve reached out to Rogers for clarification on what changes come with this update, so stayed tuned as we update this post shortly.

Update: Rogers directed us to visit Apple’s security document for iOS 9.3, which means this update most likely brings the usual bug fixes and performance improvements.

Rogers-owned Fido is offering a new Black Friday plan only in Quebec, available from Best Buy. According to RFD users, the Best Buy locations in Rosemarie and Vaudreuil are offering up a $25 plan with 15GB data for bring your own phone customers. This plan is actually the $45/15GB plan in Quebec with $20 credit […]
IIC Deals
22 mins ago

After Koodo launched a $45/50GB promo plan for Black Friday today, Rogers-owned Fido has now matched this offer. That’s according to reliable mobile insider ‘Thatdealguy’ on RFD, who noted the matching offer from Fido also is eligible for additional gift cards and rewards points bonuses at retailers such as Walmart, Best Buy, The Mobile Shop […]
IIC Deals
5 hours ago

Rogers's President of Integration, Dean Prevost, accidentally revealed during a Competition Tribunal hearing against Canada's Competition Bureau on Thursday that he is set to receive a $2 million bonus if the company's proposed $26 billion acquisition of Shaw Communications goes through — reports the Hanna Herald. This figure had previously been confidential but slipped out...
Nehal Malik
24 hours ago