The Rogers Alerts program launched last fall and is an SMS coupon service that texts you promotions based on your location. We’ve seen Rogers push this program by offering up incentives such as free Rogers Reward Points or $5 off their wireless bills for customers to sign up and allow the company to access your location.

The latest promo right now might get some more targeted Apple user sign ups, as you can get a $10 iTunes Gift Card for opting into the program for both Rogers and Fido customers. In order to qualify this must be your first time opting in.

You can sign up on this page, which you will then receive a text message to confirm the action (you need to reply back GO). Once that’s done, a redemption link to your $10 iTunes Card will be sent via text message. We just tried this (Fido) and were able to get the redemption code within minutes.

To redeem your iTunes Card promo code, launch the App Store on your iOS device, tap the Featured tab, scroll to the very bottom and tap ‘Redeem’. Then, just paste in your code (you can also do this within iTunes on your Mac/PC). 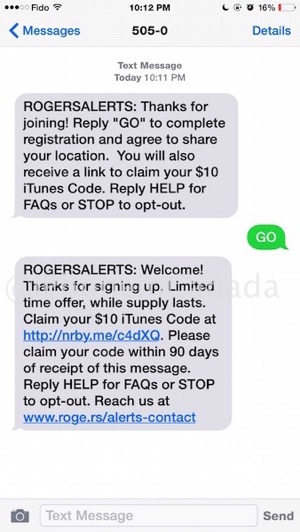 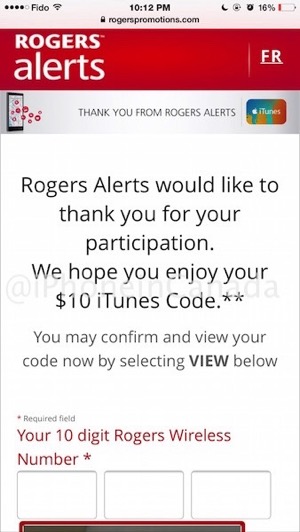 According to RedFlagDeals forum members, once you sign up and get the card, if you change your mind about sharing your location data with Rogers all the time, you can immediately opt-out of the program. Let us know if you’re going to jump on this.

Staples Canada and Bell announced a multi-year exclusive agreement on Tuesday, to sell Bell, Virgin Plus and Lucky Mobile wireless and wireline services at Staples stores across Canada for both consumers and small businesses. Both companies will also partner to sell Bell services to medium businesses through the Staples Professional sales team. Beginning in late […]
Gary Ng
14 hours ago