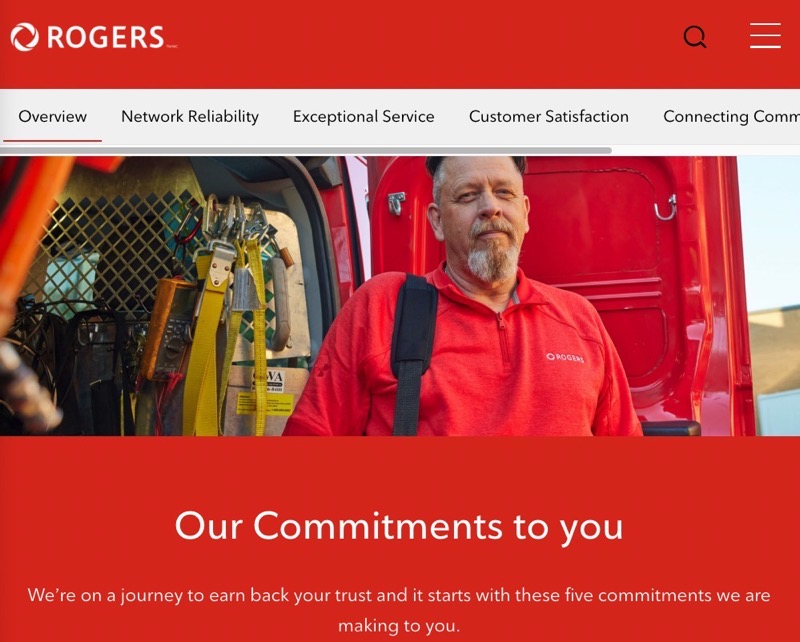 Rogers shared a new video on Friday detailing how it is “committed to Canadians,” specifically in its next steps to ensure network reliability.

The video comes after Rogers internet and wireless went down nationwide in July, taking 13 million consumer and business customers offline, while also taking down the entire Interac network.

Rogers reiterates it will be investing $20 billion over the next five years for network reliability, while also creating an always-on 911 network with partner carriers.

The company repeats it will separate its wireless and internet networks, so when an outage occurs, both won’t go down for the count. Recent information provided to the CRTC by Rogers says it will spend $261 million to split its networks. However, more information related to the outage remains redacted from public view.

“We believe in the strength of communities. From coast to coast, we’re committed to supporting them – by bridging the digital divide, making key investments, volunteering, fostering meaningful partnerships, and donating media to give small businesses the exposure they need to thrive,” says Rogers on its website.

Rogers, Telus and Bell announced this week they will be waiving all long distance calls and texts made from Canada to Iran. The temporary waiving of charges depends on carrier, postpaid and prepaid accounts, with different end dates. “To help Canadians stay connected to loved ones, Rogers is temporarily waiving long-distance calls and SMS messages […]
Gary Ng
17 hours ago