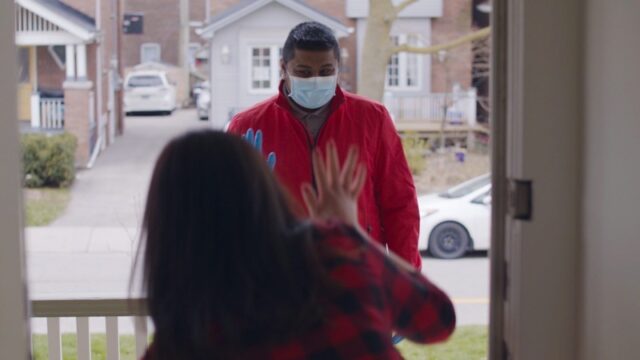 According to Rogers, this is the debut of its personalized service in Atlantic Canada, which lets you pick a time and place for a Pro On-the-Go to show up with your new smartphone, plus offer setup and data transfer if required, plus also offer accessories.

“We’re thrilled to continue expanding the Rogers Pro On-the-Go service to customers in Halifax,” said Dave Fuller, President, Wireless, Rogers Communications, in an issued statement. “Rogers is focused on keeping Canadians connected to what matters most, and for residents of Halifax, that’s even more possible now that a Rogers Pro can deliver their new wireless device and specialized service right to their door.”

The Rogers Pro-On-the-Go service is now available in Greater Vancouver, Calgary, Edmonton, the Greater Toronto Area, southern Ontario, Ottawa and Winnipeg, and will expand to more Canadian markets in 2022, says the company.

Rogers says customers have shared feedback on the experience giving it 95% satisfaction in post-service surveys.

Rogers, Telus and Bell announced this week they will be waiving all long distance calls and texts made from Canada to Iran. The temporary waiving of charges depends on carrier, postpaid and prepaid accounts, with different end dates. “To help Canadians stay connected to loved ones, Rogers is temporarily waiving long-distance calls and SMS messages […]
Gary Ng
7 hours ago