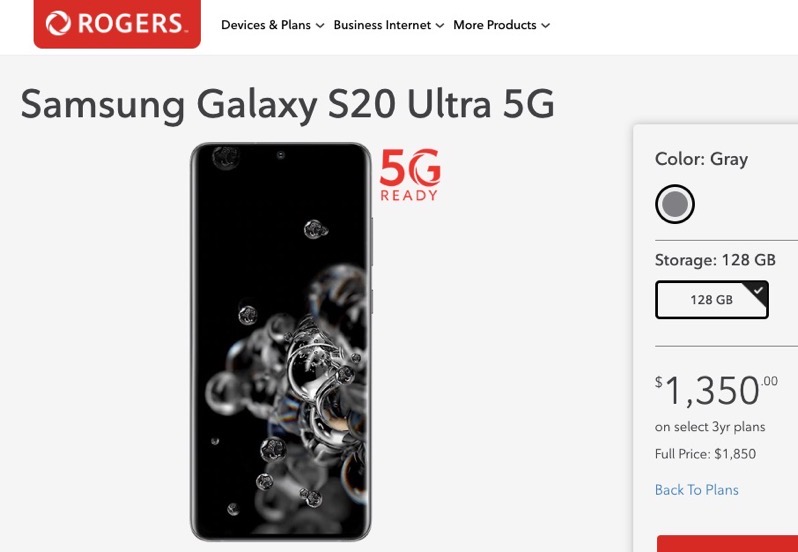 Earlier this month, Rogers announced it was ready to roll out its 5G network in Vancouver, Toronto, Ottawa and Montreal, while also debut Canada’s first 5G smartphone.

With today’s announcement from Samsung unveiling its new S20 smartphone line up, Rogers has officially announced pre-orders for the Galaxy S20 5G series, set to launch in Canada on March 6, 2020.

“We are thrilled to bring our Rogers Infinite customers the first 5G smartphone in Canada on the country’s first 5G network,” said Brent Johnston, President, Wireless, Rogers Communications, in a press release.

Rogers says customers on their unlimited data Infinite plans will have 5G service as well as select business plans.