Today marks the beta launch of shomi, the new Netflix competitor from Rogers and Shaw. The service costs $8.99 per month and Shaw customers get a one month trial for free, while Shaw Internet customers get an additional two months through the shomi app and website.

We took a quick and dirty hands-on with shomi today—here’s how it all went down.

First we navigated to the shomi website, which asks Rogers or Shaw users to sign in using their already stored credentials. For Shaw customers, you can login using your webmail or customer care ID:

Next, I agreed to start my free trial to see “exclusive TV shows and movies” that I would love: 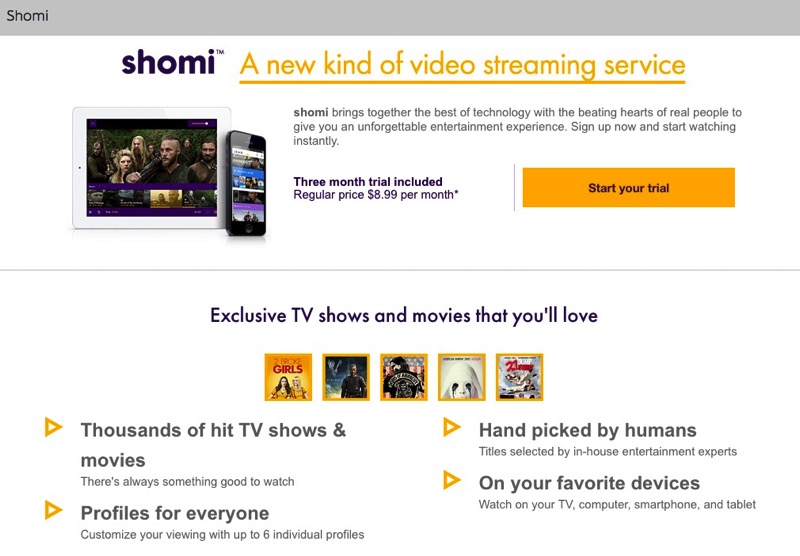 You need to provide a first and last name, plus an email address, which becomes your profile. Next, you’re told to pick categories of content you want to see: 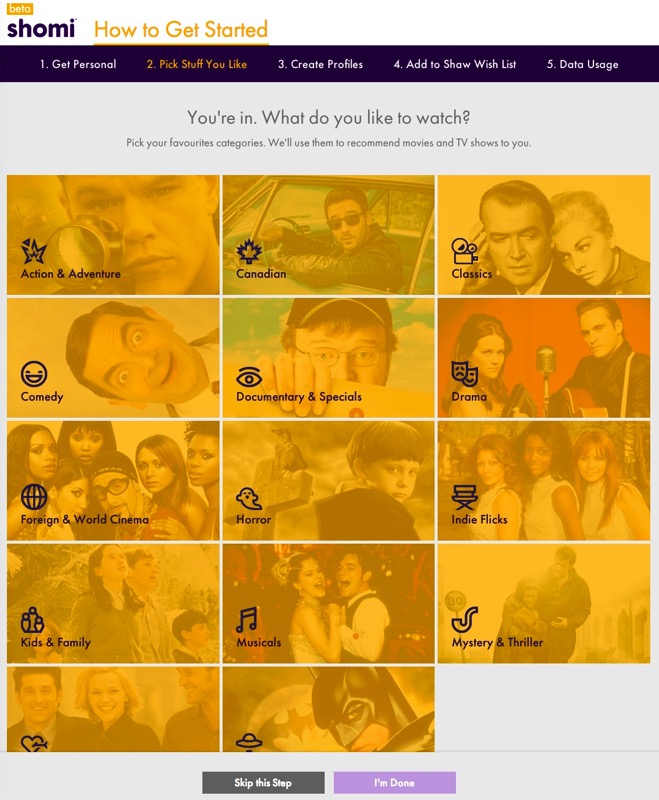 Step three allows you to create profiles for each family member, like Netflix. You can have up to six total profiles: 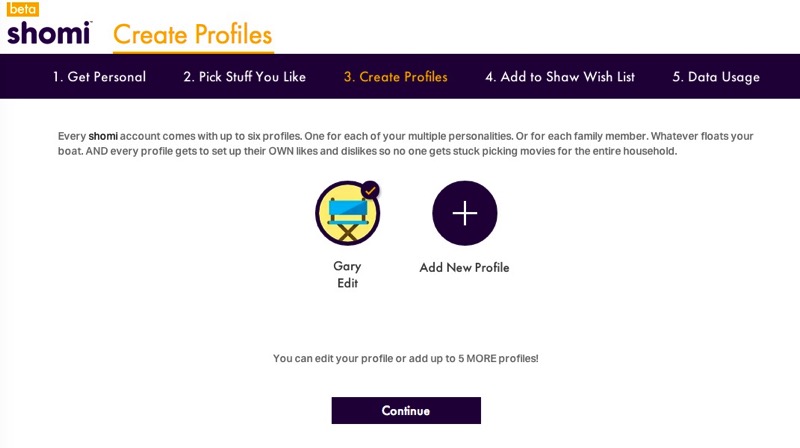 Shaw customers here are provided with a tip on how they add shomi TV shows and movies to their watch list, to watch later on their Shaw On Demand Wishlist: 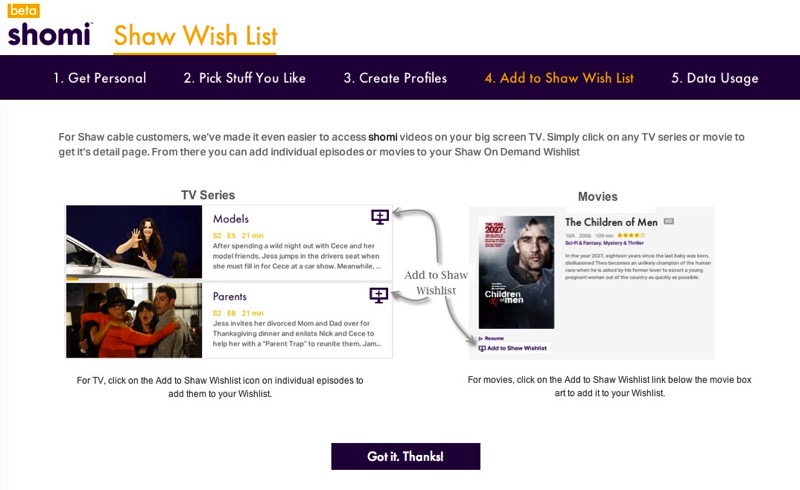 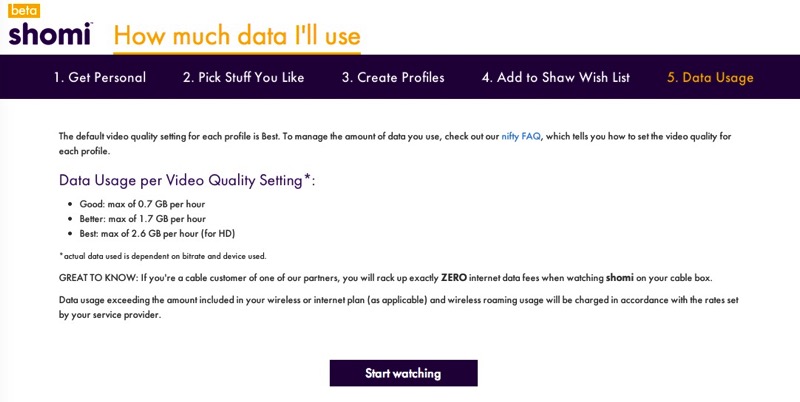 FINALLY, I was able to make it to the shomi homepage, which displays highlighted content in a featured area, new content, chosen titles for you, plus more: 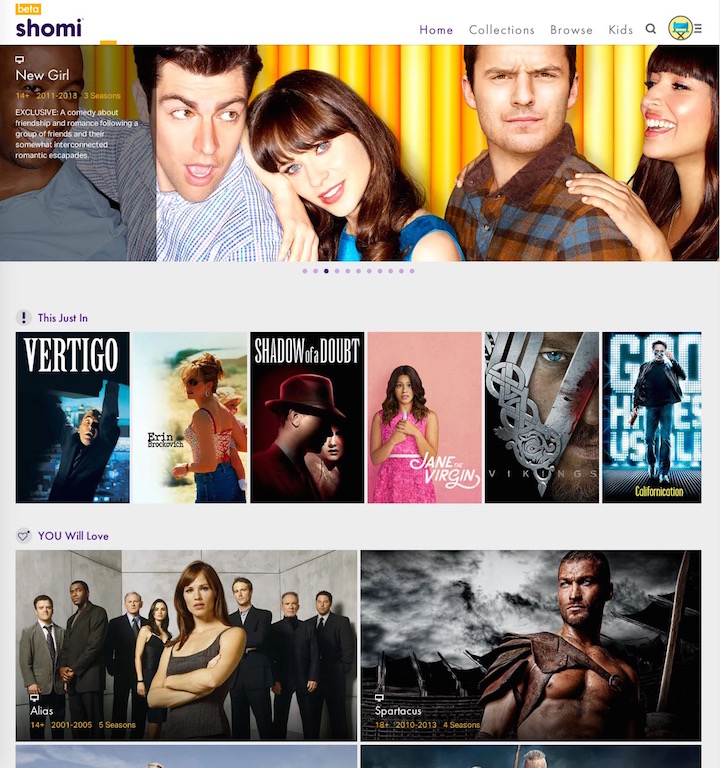 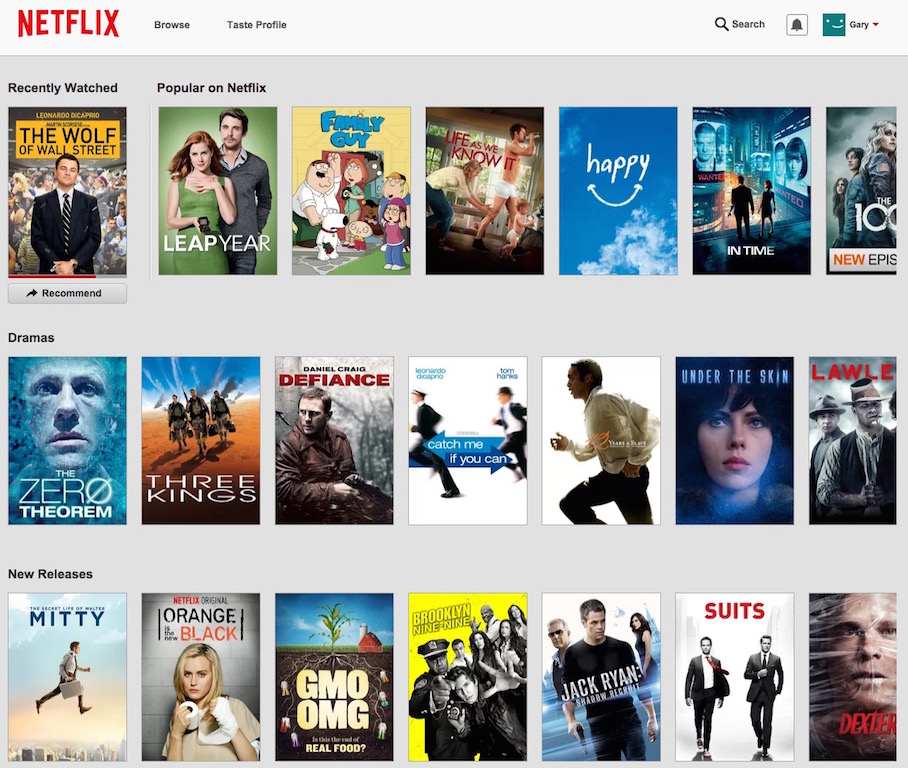 Here are a few screenshots of three popular categories—tell me if these titles are ones you’d like to watch. Personally, the choices available either resemble Netflix or the bargain DVD bin at Walmart (the movies or titles you regret watching but continue to do so anyways because you’re desperate on a Friday night with your cat and copious tubs of Ben and Jerry’s):

Update: We mistakenly were logged into Netflix USA, and have since updated the availability of Netflix Canada vs Shomi titles below. Netflix USA does have some similar titles as shomi, but aren’t available for Netflix Canada users.

Out of these Most Watched TV titles shown below, Netflix Canada only has Family Guy:

Of the Most Watched Movies below, none appear in Netflix Canada:

Of these action films pictured below, none of them are available right now on Netflix Canada (aside from Speed 2, Premium Rush Course Express):

While I get how shomi is trying to get a piece of the streaming content pie, I don’t see how existing Netflix customers would want to pay another $9 per month to get access to another service. At launch, shomi is only available on select set top boxes, the web, iOS and Android, with XBOX 360 coming later this month.

But for those looking to sign on with their first streaming service and want to be billed directly to their existing Rogers or Shaw accounts? These are the people most likely to join. Shomi right now is limited to Shaw and Rogers customers as it’s currently in beta. I will say the layout is simple to use and is not confusing, as it takes cues from the Netflix layout.

Existing Netflix Canada customers can access to the company’s vast U.S. library with a few tricks, and also get access to a larger library that is pumping out hit exclusives such as Orange is the New Black and House of Cards—all easily accessible on the Apple TV.

If you have access to a shomi trial, let us know what you think of it.

Download links: shomi for iPhone; shomi for iPad (note they are separate apps, not a universal iOS app).

Rogers, Telus and Bell announced this week they will be waiving all long distance calls and texts made from Canada to Iran. The temporary waiving of charges depends on carrier, postpaid and prepaid accounts, with different end dates. “To help Canadians stay connected to loved ones, Rogers is temporarily waiving long-distance calls and SMS messages […]
Gary Ng
35 mins ago

Image via RFD Rogers and Fido appear to be offering up another 5GB of free data, but for 18 months. That’s according to Fido customers that shared screenshots of the text messages sent out by the wireless carrier on Wednesday. According to the text message, Fido says this exclusive gift is a thank you for […]
Gary Ng
20 hours ago