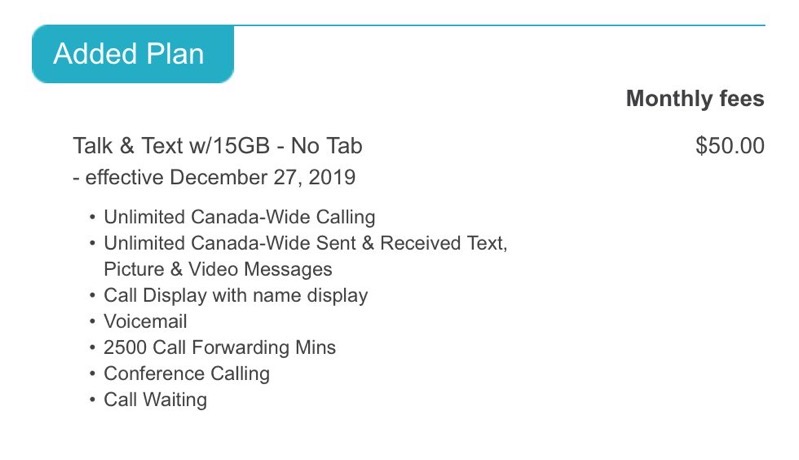 When you leave a wireless carrier such as Rogers, Telus or Bell, the company may contact you after the fact to ‘win-back’ your business by offering an exclusive sweetheart plan.

We periodically hear about Rogers and Fido ‘win back’ offers and the latest for Rogers customers is a $50/15GB plan with unlimited Canada-wide calling and unlimited text.

One RFD user wrote the following:

Cancelled the Plan on the 26th. No porting, just simply a cancellation, I did make it clear at the time of the cancellation I was cancelling because of the Freedom $45 for 10gb deal.

The Rogers email reads, “No matter the reason you left, we know we missed the mark.” It goes on to say, “you were a valued customer and we really want to have you back. Call us today to hear about a special offer that think you’ll absolutely love.”

Users are told to call 1-866-835-6498. If you were a former Rogers customer as of late, it may be worth calling the number to see if you can get this $50/15GB plan, which is a pretty good one for Canadian wireless standards.

Regular Rogers customers need to pay $75 for 10GB of data or $85 for 20GB of data according to the company’s website detailing its Infinite plans, but this ‘win back’ plan is cheaper at $50 per month for 15GB of data.