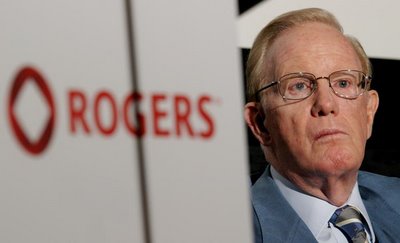 Rogers has announced it plans to honour its founder, Edward S. “Ted” Rogers, with a 12-foot bronze statue to be unveiled at a dedication ceremony outside Rogers Centre on July 23. The following people will be in attendance:

Ted Rogers brought excitement to Canadian wireless enthusiants when his company was the first to strike a deal with Apple to launch the iPhone in Canada, back in spring of 2008. He passed away later that same year on December 2. The former CEO was succeeded by Nadir Mohamed, who was appointed president and CEO in 2009; he is set to retire in 2014.