Below is the updated coverage map indicating 4G LTE in Swift Current (in light orange), while 4G in purple: 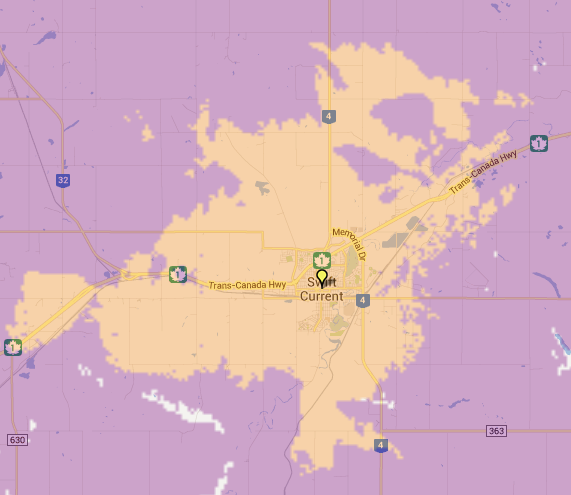 The company notes further 4G LTE will be expanded to Estevan and North Battleford throughout 2013. Last month, SaskTel launched 4G LTE in Yorkton. Let us know how those speeds are!