If you’re looking to jump on the iPhone 5s on a 2-year term from SaskTel, this might be the time to do it as the company has dropped the price of all configurations by $50.

Here are the new prices—there’s no word yet whether they are part of a holiday promo or a permanent price drop: 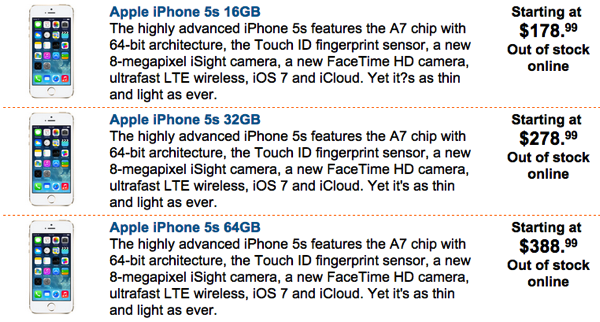 SaskTel started sales of the iPhone 5s and iPhone 5c on October 1 and in just two and a half months the former is already on sale.

Availability online is showing out of stock, so your best bet is to visit a retail store. Let us know if you’re going to jump on this!