If you’re a SaskTel customer and you’re about to sign a 2-year term for an iPhone, you should know the company just price dropped select iPhone 5c models to $0 on a 2-year term.

In an update this afternoon to their iPhone 5c page, the free phone only applies to green and white 16GB models. So if you were hoping to get any other colour–you’re out of luck: 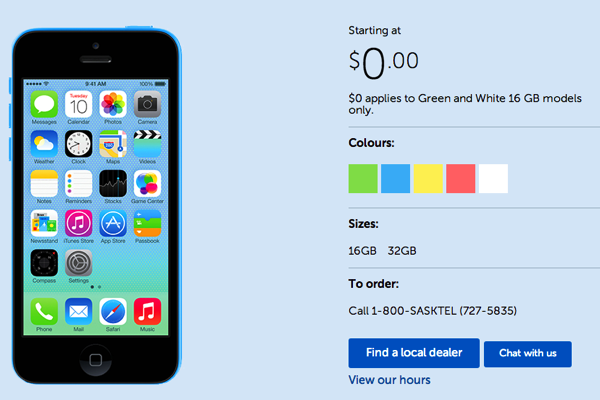 Back in February of this year, SaskTel had a similar iPhone 5c sale, which saw the 16GB also at $0 on contract and the 32GB model slashed to $98.99. Let us know if you’re going to jump on this.