SaskTel’s maxTV service has hit 100,000 customers in Saskatchewan. The service has a companion iOS app which allows existing users to control their PVR remotely:

“Since maxTV launched in 2002, SaskTel has successfully worked to far exceed the original business case and has grown the best digital TV service in Saskatchewan,” said Minister Responsible for SaskTel Don McMorris. “maxTV is one of SaskTel’s key consumer growth portfolios and this is a major milestone for the company and speaks to the tremendous efforts of its employees in delivering the only IPTV service in Saskatchewan.” 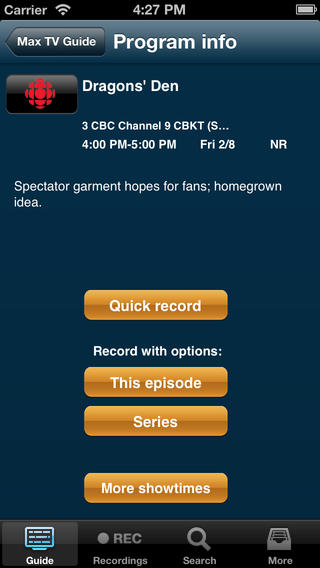 Existing customers have been automatically entered into a contest for a prize package to celebrate the milestone, with the winner to be announced on November 16.

Darren Entwistle, President and CEO of Telus, wants Ottawa to relax foreign-ownership rules for large telecommunications companies — reports The Globe and Mail. Entwistle has asked the same of the federal government in the past, but he is now renewing his argument as the Canadian telecom scene goes through a new wave of consolidation with...
Nehal Malik
6 hours ago