Shaw customers now have a new faster Internet speed, as today WideOpen has launched, which offers up to 150 Mbps down and 15 Mbps up, with 1 TB of data per month, at $79.90 per month on a two-year contract (or $135/mo off contract) for existing customers and includes an Advanced Wi-Fi modem rental. 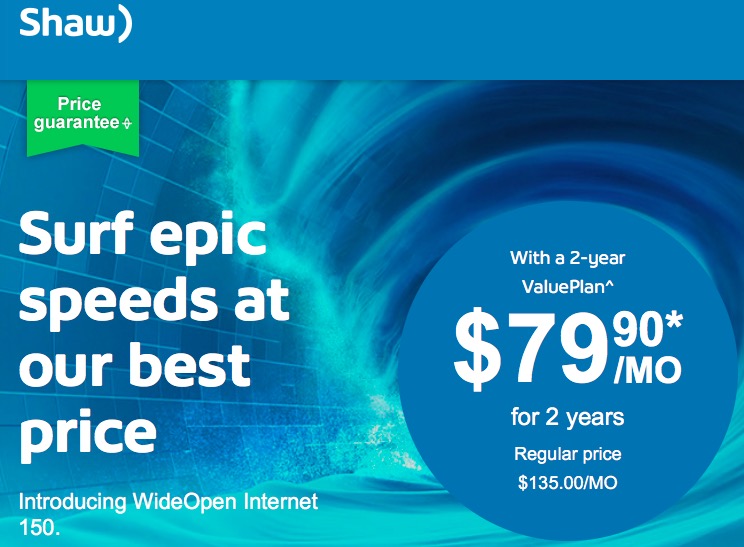 For new customers, they get a promo price of $49.90/month for the first year and then $79.90 per month on the second year, on contract.

Here are the prices for Shaw WideOpen Internet in TV bundles (via RFD):

Earlier today, Shaw announced its acquisition of WIND Mobile boosted their Q3 earnings, to $1.28 billion in revenue, a 13% increase year-over-year.

Rogers's claims that the company overpaid property taxes on its fibre-optic cables for the 2021 tax year by $2.2 million because of a B.C. Assessment error have been rejected by a B.C. judge — reports CTV News. The telecom giant was seeking an order of "mandamus," a legal term for a ruling that would require...
Nehal Malik
28 mins ago