Wireless competition continues to heat up in Quebec, as TELUS and Bell currently have double the data promos on select 2-year shareable data plans.

TELUS is offering the following on their unlimited nationwide plans: 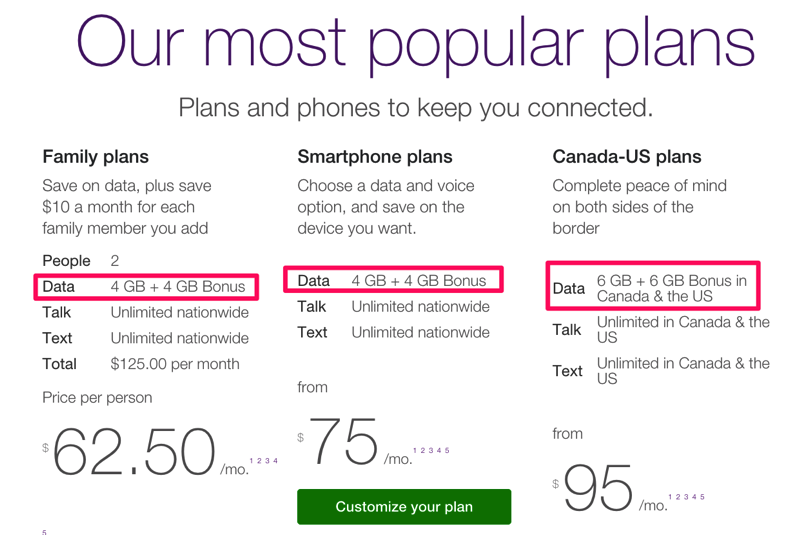 Meanwhile, it appears Bell is offering the exact same promo as TELUS for some of their plans—here’s the pricing on two-year term share plans:

These promos have not magically appeared on shareable plans from Rogers (yet), as their plans in Quebec are still showing $87 for 7GB and $120 for 14GB.

Also, Rogers (and Bell) recently jacked up their data overage rates for new customers by 40%, now $70 per gigabyte.

Why the sudden charity on data bonuses in Quebec? It’s because wireless company Videotron in the province is putting pressure on the Big 3, with their own ongoing double the data promo, starting at $74.95 for 8GB, $84.95 for 10GB and $94.95 for 12GB. Looks like TELUS and Bell are undercutting Videotron with the 12GB option by $10.

If you’re on contract with either one of these carriers, it’s best to call in and update your plan so you can nab double the data.