What’s the first rule of Fight Club? You do not talk about Fight Club. Well, that is until now (we’re not really fighting, so it’s going to be okay).

What I’m referring to is one of the biggest secrets in the Canadian wireless industry that people don’t talk about: subscribing to a cheaper monthly plan in Manitoba or Saskatchewan and then eventually changing their address back to their home province.

The so-called ‘wireless black market’ is what journalist Peter Nowak describes in his piece detailing how Koodo’s $48/month unlimited Canada-wide plan with 5GB data (available in Manitoba and Saskatchewan), is being setup by a savvy Kijiji seller, who pockets $100 per transaction after it’s all said and done. You’ll also find other sellers on Craigslist and more across the country.

This seller, known as ‘Tony’ (Danza? Fat?), sets up your account in Manitoba or Saskatchewan on the Koodo plan, then eventually ports over your existing number and out-of-province home address, because you know, you had to relocate from Manitoba back to Ontario for “work” or “school.” Life changes, you know.

One that is done, you get to keep your incredible $48/5GB plan in Ontario, while everyone else pays regular sky-high prices. ‘Tony’ says his services are so popular (obviously), his previous ad selling a similar service for a Virgin Mobile plan generated over 2 million views on Kijiji (‘Tony’ probably wears an Apple Watch Edition). 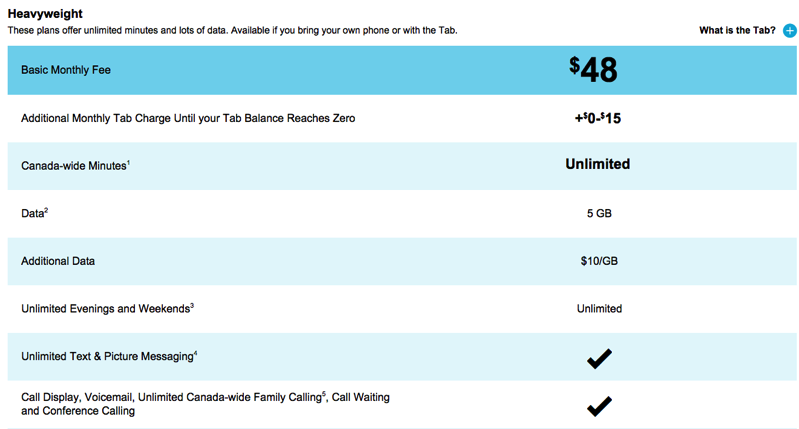 What ‘Tony’ is offering is not exactly new, especially if you frequent sites such as Howard Forums or RedFlagDeals. But he makes it easy, at a cost of $100 per transaction, because normally you have to think outside the box to acquire a plan, which takes time and effort.

One thread on RedFlagDeals started two years ago cited Koodo’s $55/month plan with 5GB, available only in Manitoba and Saskatchewan, to compete with regional carriers MTS and SaskTel.

Deal-hungry RFD’ers were “creative” in acquiring this plan outside of these provinces, turning that thread blistering hot, generating over 300,000 views and over 2,700 replies discussing how to do so, resulting in mods stepping in and stopping the conversation.

TELUS, which owns Koodo, is probably well aware of what’s going on but the practice can be difficult to stop as there are people who legitimately move from province-to-province. ‘Tony’ says Rogers and Fido “will do audits and take away the plan” which is why he does not work with them.

Now you know about how people are getting some of the best plans in Canada, without being in Manitoba and Saskatchewan. Enjoy it while you weep at your regular non-MB/SK monthly bill. Has anyone out there recently moved back ‘home’ from SK or MB?

Update: We spoke with ‘Tony’ via email and he confirmed his service is completely different than what people are doing on RedFlagDeals and Howard Forums. He never changes your address, but rather your actual address is registered into Koodo systems from the start. Tony also says he does not ship SIM cards and his method won’t result in your plan being revoked. His recent Kijiji ad was taken down because of higher than expected demand, but he is back with another ad on Kijiji.