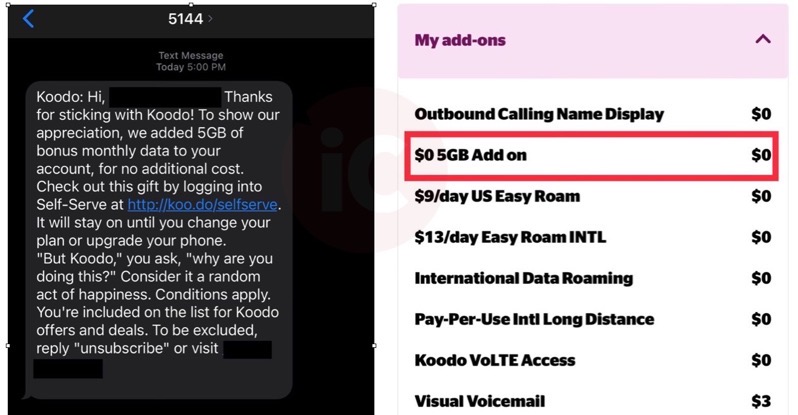 Telus flanker brand Koodo is in the spirit of giving again it seems for 2021, as the company has let some customers know it is gifting them 5GB of free monthly bonus data.

A recent text message received by iPhone in Canada reader Mike explains the free 5GB monthly bonus data from Koodo is to “show our appreciation”. The text message also explains the reason why the free data is being doled out is because it’s a “random act of happiness.

The screenshot next to the text message above shows the $0 add-on of 5GB data. Mike explains they are currently on Koodo’s $50/12GB plan and the freebie offer was sent out on Thursday.

Telus-owned prepaid brand Public Mobile is also giving out freebies again for the holidays, in the form of bonus data and international long distance minutes.