If you’re looking to buy the iPhone 6s or iPhone 6s Plus from Koodo, you can do so starting on September 25, the device’s launch day in Canada and other first-wave countries. 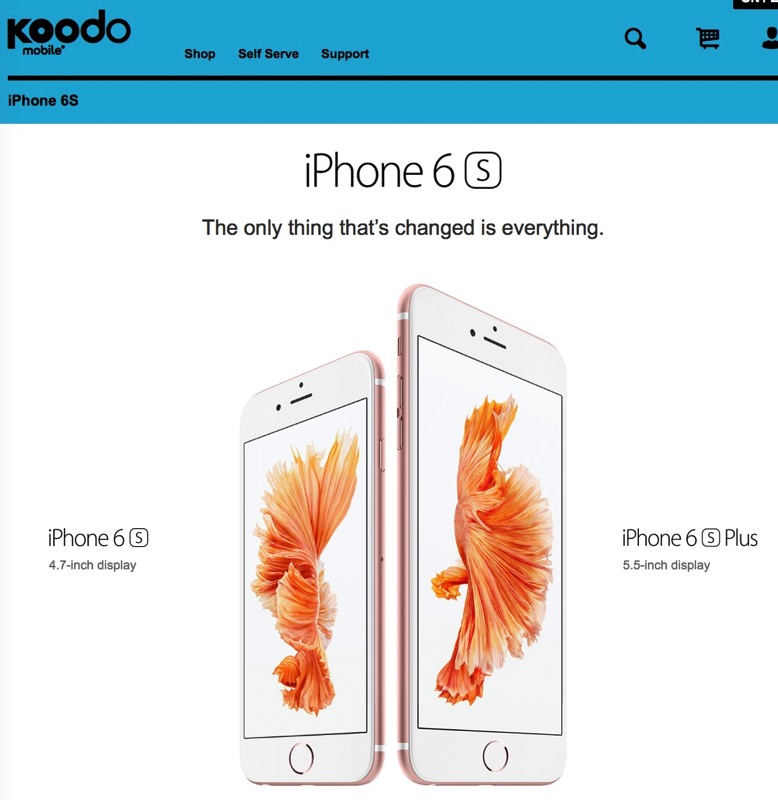 The iPhone 6s is here and coming to Koodo Shops on Sept 25! #iphone6s https://t.co/EABt9cxkjl pic.twitter.com/QOhjsPj380

No pricing was shared at this time, but you can expect two-year contract subsidies to match TELUS, and be line with what we’re seeing from Rogers, Fido, Bell and Virgin.