You can now pre-order your iPhone 6s from Bell’s website. The company is showing all models, colours and configurations as available. 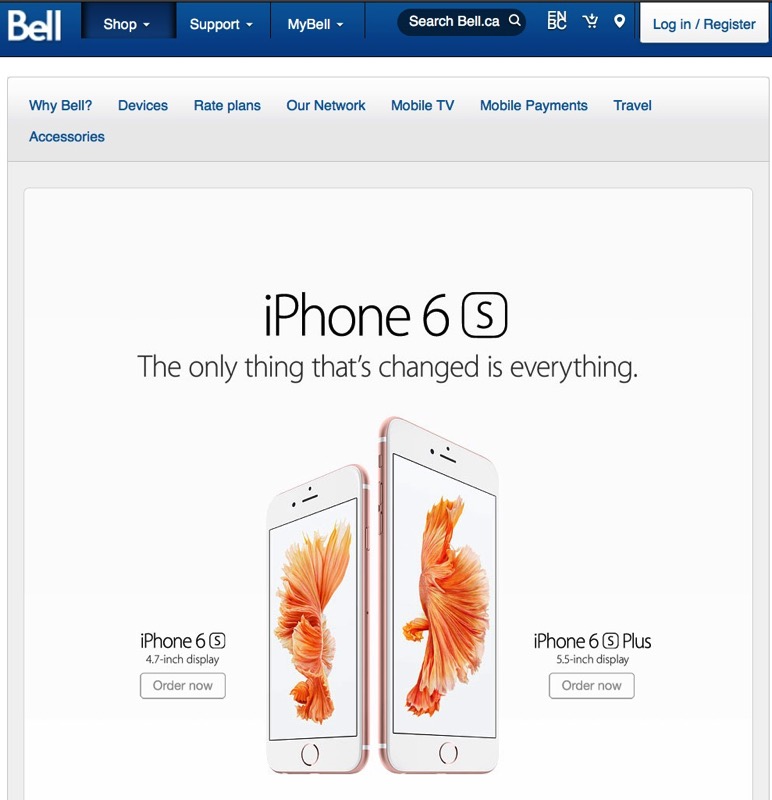 Bell’s 2-year contract pricing is similar to Rogers and TELUS:

TELUS iPhone 6s pre-orders are also live, while Rogers will launch theirs at 6AM PDT/9AM EDT.

Let us know what you ordered and how your reservation process was. Feel free to share your status updates below in the comments with your fellow Bell customers.