Koodo iPhone X Sale: Up to $225 Off with Tab Large 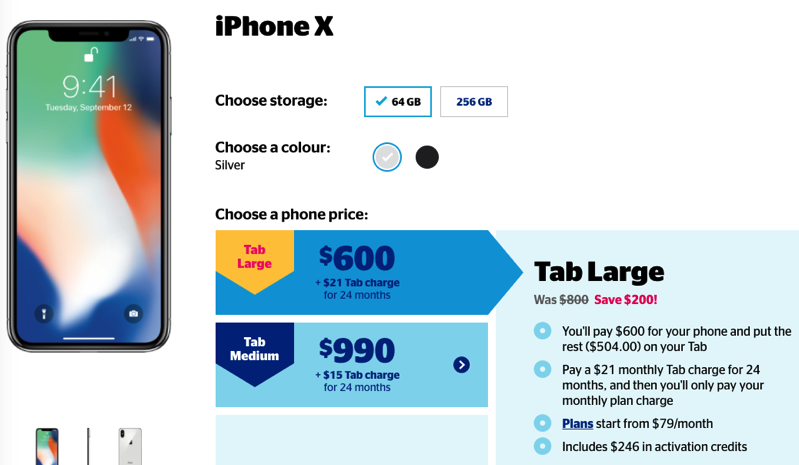 Essentially, you pay $600 up front for iPhone X 64GB, and the rest is on your Tab Large. So here’s what it works out to for each model:

Apple currently sells the 64GB iPhone X for $1319 and 256GB for $1529 respectively. While this is not a huge discount, it’s pretty warm considering iPhone X came out in the fall.

These phones are sold unlocked from Koodo Mobile, so if you decide to sign up, you could theoretically cancel, then pay out the Tab balance for your iPhone X. More discussion about this deal is over here at RFD. Let us know if you’re going to jump on this.