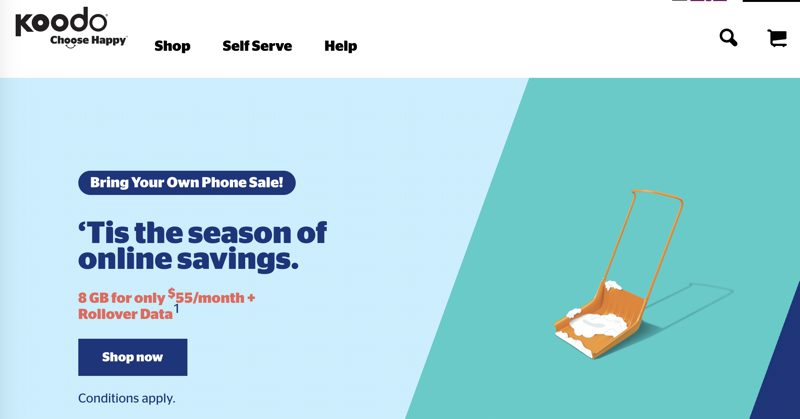 Telus-owned Koodo is offering up some promotional deals on monthly data add-ons for select customers. These deals are being sent to customers via text message, offering up extra data per month that’s substantially discounted compared to regular data overage rates.

Various customers on RFD have confirmed a text message from Koodo (5154) is offering up the following:

You can check out a screenshot of the data offer below (via @ObLaDi). It says, “since you love data and we love having you at Koodo, we want to give you an offer so good, that we can barely believe it. For the next week, you can add EXTREMELY affordable data bonus to your account.” 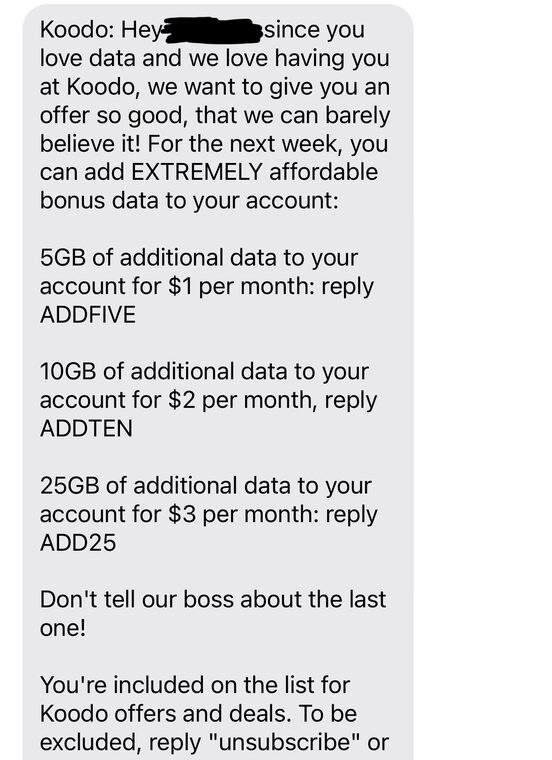 Koodo is giving customers one week to reply if they want these data add-on deals, which remain as long as there are no changes made to your account.

Normal data overages are priced at $130 for 1GB from Koodo, so these prices are far cheaper.

The company periodically sends out these special data deals. Earlier this year, Koodo offered a special of $1 for 1GB of data.

These data offers are one way for Koodo to increase customer monthly bills, increasing monthly average revenue per user metrics, seen as valuable to investors.

One of Canada’s largest telecoms has confirmed it has acquired independent internet service providers (ISPs) Altima Telecom and London, Ontario-based Start.ca. Both companies are resellers of internet and cable services. Peter Novak, Vice-President of Insight & Engagement at TekSavvy, said on Friday morning, “Got it confirmed: http://Start.ca, another indie ISP, has been quietly acquired by […]
Gary Ng
20 hours ago