Telus flanker brand Koodo has made some changes to monthly pricing and to its referral credit program.

In-market plans look to have all jumped by $5 per month, while one of the biggest changes, is the elimination of unlimited Canada-wide calling on some BYOD plans, and on Small/Medium Tab. Unlimited minutes are now exclusive to Tab Large plans and some plans with pay-per-use data. 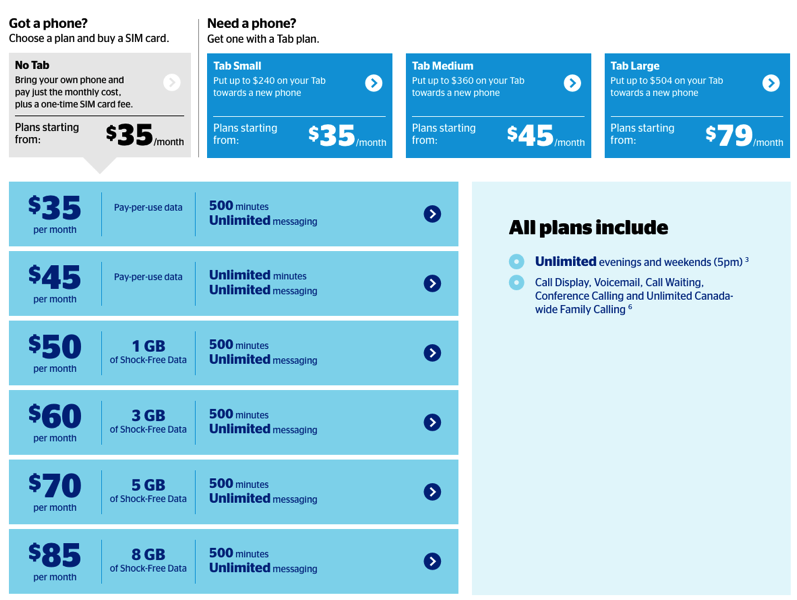 It is unclear so far whether Fido and Virgin Mobile will match these price increases and the reduction of unlimited Canada-wide calling on most plans.

The Koodo Referral Program normally offers $25 each when you refer a friend. It was recently bumped up to its periodic $50 each promo, but now the referral credit is $100 each, if your referrals activate online.

According to Koodo, activating in-store will only bring forth a $25 bill credit, but activating online will see $100 in bill credits, which will show up in 8-12 weeks on both accounts.

Why the jump in referral bill credits? Some believe it may be a way to entice Public Mobile users to switch over from the company’s recent offers, targeting $120/12GB and $120/6GB users.

These will result in a higher average monthly plan, plus reduced unlimited Canada-wide minutes, for new Koodo customers. Ouch.