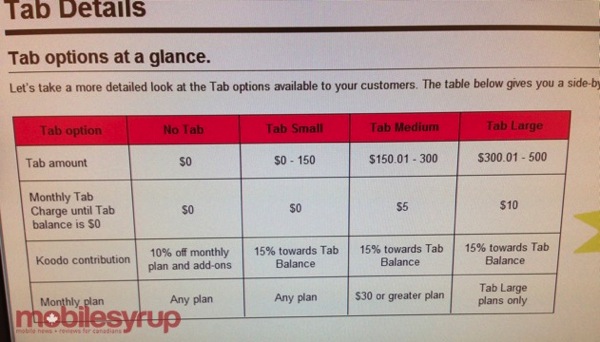 Koodo is about to introduce a new tiered Tab structure this month based on subsidy amounts, soon to be available as the following (via MobileSyrup):

So basically the new monthly Tab Charge is in addition to the 15% Tab Contribution customers will be paying until their balance reaches zero, which Koodo now ‘guarantees’ will be in 24 months or less.

If you want a large subsidy on an expensive smartphone such as the iPhone, you’ll be paying it off faster monthly within two years, which looks like a move to satisfy the CRTC Wireless Code, which will allow Canadians to cancel contracts after two years.