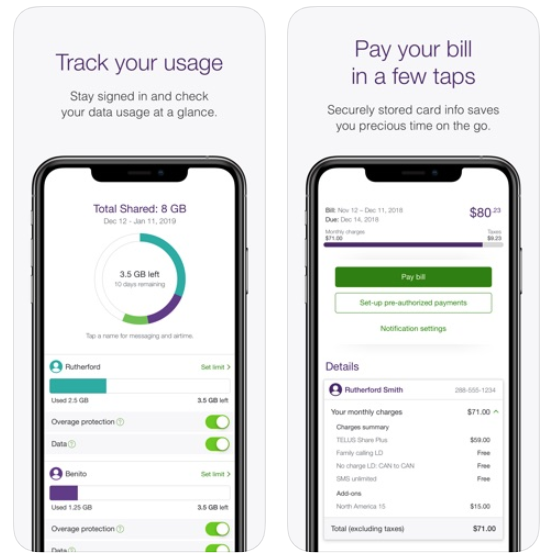 Telus recently updated its iOS app to now show data usage from the company’s Peace of Mind plans, which offer no overages and ‘unlimited’ data. Once users exceed Peace of Mind data limits, speeds are throttled to 512 Kbps.

The recent iOS update says, “Customers with Peace of Mind plans can view their data usage trends at a glance on the newly-designed Overview screen.”

When users surpass intended data limits, slower speeds mean you can still do basic functions such as messaging, simple browsing and email, but streaming video will be limited.

This update means you can now “find out when you’ve finished your high-speed data and when you’re enjoying endless data,” according to Telus. Peace of Mind plans start at $75 per month with 10GB of data.