Last month, TELUS-owned Public Mobile launched 3G plans with a data promo, with offerings set to expire on July 24th. Now the company has extended their promo with no expiration date in sight, other than “for a limited time.” 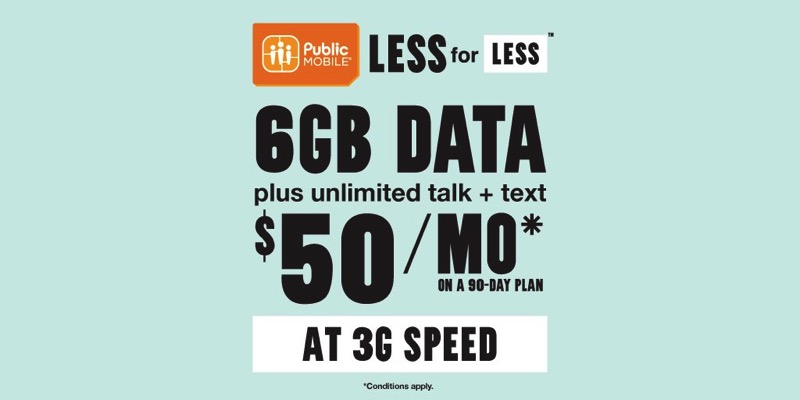 To recap, here’s what you can get from Public Mobile—but at 3G speeds (prices include $2 AutoPay discount):

Many Public Mobile customers have vented on their community forums the carrier has “lost its value”, as LTE prices were recently raised. The best deal so far has been the company’s $38/4GB LTE plan, which recently came back, but only for Freedom Mobile customers.

Earlier this week, Public Mobile launched a promo for up to 6GB bonus data on their LTE plans, while also extended SIM card sales to retail for the first time.

These prices from Public Mobile are the exact same as current offerings from Rogers’ Chatr Mobile, which operates on the latter’s 3G network.

Two earthquakes in Turkey and Syria have occurred in a span of 12 hours, causing devastation in both nations, and now Telus and Koodo say they are now helping with relief efforts. Telus and Koodo said immediately, they are waiving all roaming charges for calls, text and data overages for customers currently in Turkey and Syria. […]
Gary Ng
12 hours ago