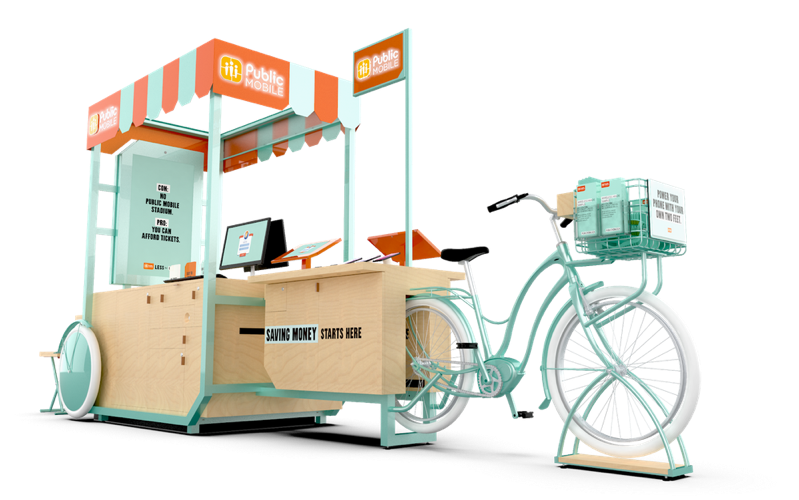 Telus prepaid brand Public Mobile announced back in February it would be launching their first branded retail kiosks this spring, and now the first locations have gone live.

The first kiosks to open today are located at:

These Public Mobile kiosks will be selling SIM cards and staff will be on hand to help you activate online or in-store. The kiosks will also sell payment vouchers, which you can pay for via cash, credit or debit cards. Once you pay for a voucher, a 12-digit redemption code will be provided to you on a receipt, which you then input online via the Self-Serve portal.

One interesting look to the kiosk is the addition of a bicycle up front, which Public Mobile says “our bike will also allow you to charge your phone (while getting a bit of a leg workout) and will continuously evolve to keep things fun and engaging.”

“Keeping in line with our no frills approach, our kiosks take up a lot less space than others. We’ve also included a bike as a part of our kiosks because we like to keep things flexible and make sure that we’re parked next to all the action,” explains the company.

Back in February, David MacLean, General Manager, Public Mobile and Prepaid, told iPhone in Canada “we really believe this supports our ongoing efforts to make wireless convenient to Canadians,” regarding these new kiosks.