Public Mobile Gets Rebranded with New Logo and Tagline, “We’re For You”

Public Mobile, the prepaid brand of Telus, has launched what the company is calling a “brand new visual identity.”

The update means Public Mobile’s look now includes a refreshed logo with different font and colours, illustrations, plus a tagline “We’re for you.” 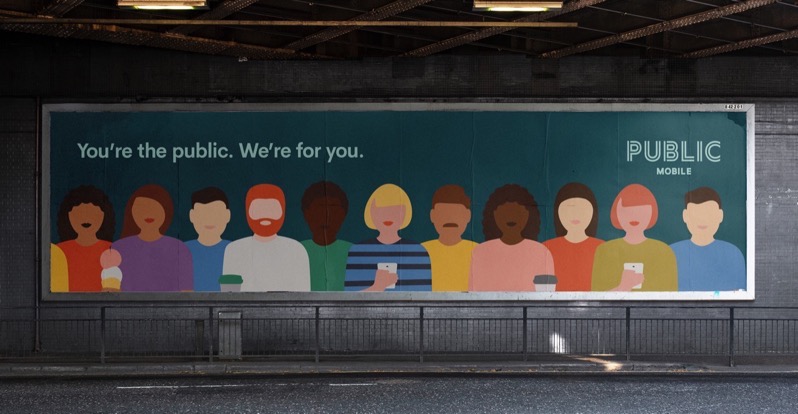 According to Public Mobile, the company informs iPhone in Canada it is working with Cossette Communications for its first campaign, titled ‘Public Displays of Affection’, which will be seen across all advertising platforms.

Public Mobile also says new changes are also here to “enhance the customer resolution process,” in the form of a new ticketing system available online. Customers will be able to “easily track, manage and resolve issues when submitting a ticket to the online Moderator team.”

New system improvements will also be rolling out in the coming weeks, specifically faster-loading speeds for Self-Serve, while activations issues related to timing out will see fewer occurrences.

A Public Mobile spokesperson told iPhone in Canada, “The refresh and new tagline is a simple approach to showcase that customers are at the core of everything Public does.”

Staples Canada and Bell announced a multi-year exclusive agreement on Tuesday, to sell Bell, Virgin Plus and Lucky Mobile wireless and wireline services at Staples stores across Canada for both consumers and small businesses. Both companies will also partner to sell Bell services to medium businesses through the Staples Professional sales team. Beginning in late […]
Gary Ng
10 hours ago