Gary Ng
5 years ago
Last week Telus tweeted they would launch Apple Watch Series 3 cellular support in December, but the company has informed iPhone in Canada that info was incorrect, as it was a “test tweet” that accidentally published. 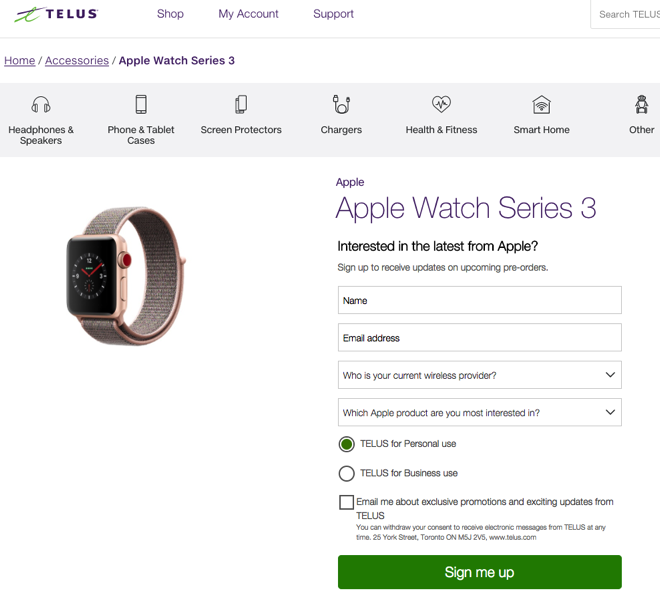 While the final date is still undetermined, one would believe the launch would coincide with the upcoming holiday shopping season, to maximize sales. Once we find out about the Telus launch date, we will let you know.