TELUS today has launched a new appointment service, which allows customers to book a date in-store to meet with a sales representatives for things such as activations, renewals and repairs. 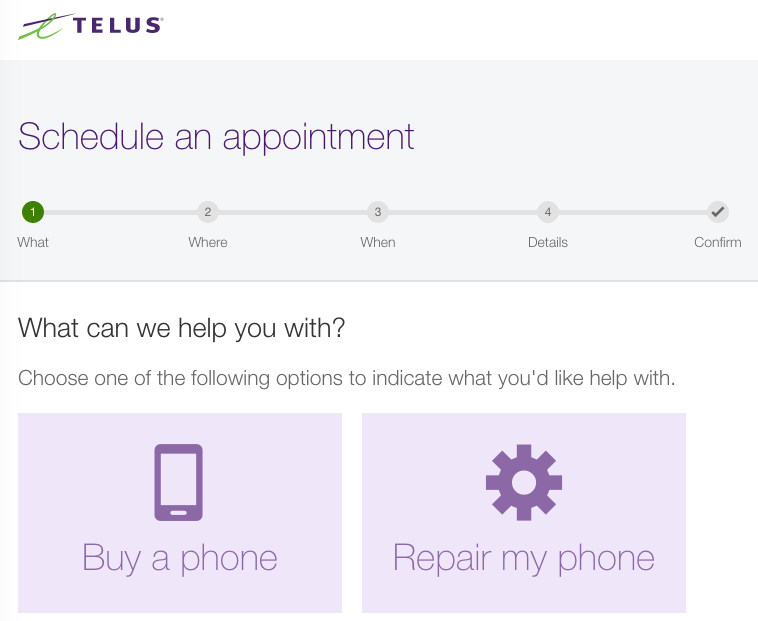 The company says by booking ahead of their visits, customers can avoid waiting in lines, get a more tailored customer experience, on top of being a convenient and flexible option. Advance appointments also allow TELUS team members to familiarize themselves with a customer’s account prior to their arrival.

TELUS noted in an email statement the new service is part of their “focus on continuously enhancing the customer experience.”

The appointment service launches today at 99 retail locations in Ontario only, but plans are to expand across Canada throughout 2015.

Rogers and Bell currently do not offer a similar service. Fido does have a Check-In service, but that is for one-on-one phone calls only. If you’re going to try this out, let us know what you think of it.