Telus has been picked the ‘Most Respected Mobile Service Provider’ in Canada, according to the Canada’s Most Respected rankings, determined by public survey.

According to the survey of Canadians nationwide, Telus ranks first out of 22 mobile service providers. Videotron was second, and Telus’s flanker brand Koodo was third. Rogers was sixth, while Bell was 10th, just above the ‘Respect Score Average’. 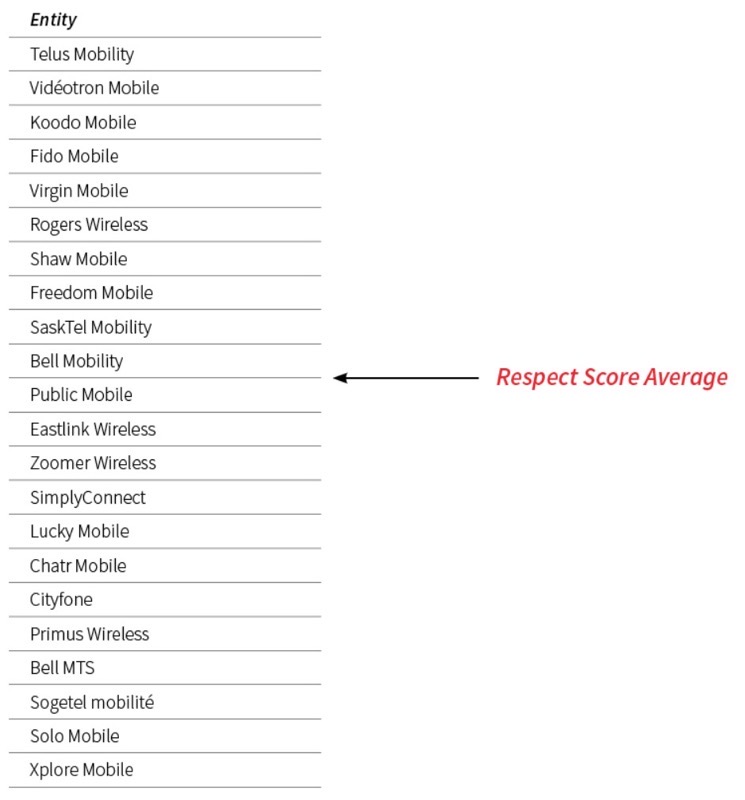 “Our team is extremely proud to be recognized for our long-standing commitment to putting our customers and communities first and we’re so grateful to our loyal customers for this recognition,” said Jim Senko, President Mobility Solutions, TELUS, in a statement to iPhone in Canada.

The rankings are determined by public survey polls by Maru/Blue, which is from a “randomized sample of over four thousand Canadian adults (18+) from its curated Voice Canada Online panel where respondents could choose to be surveyed in either official language.”

Results are weighted by education, age, gender, and region to match the Canadian population based on census data. Surveys are taken from a three-month period before notifying winners.

Jeff Munn, Executive Director, Canada’s Most Respected Award Program, said in a statement, “This is an especially competitive and difficult industry to be successful in. The entire Telus team should be extremely proud of this recognition.”