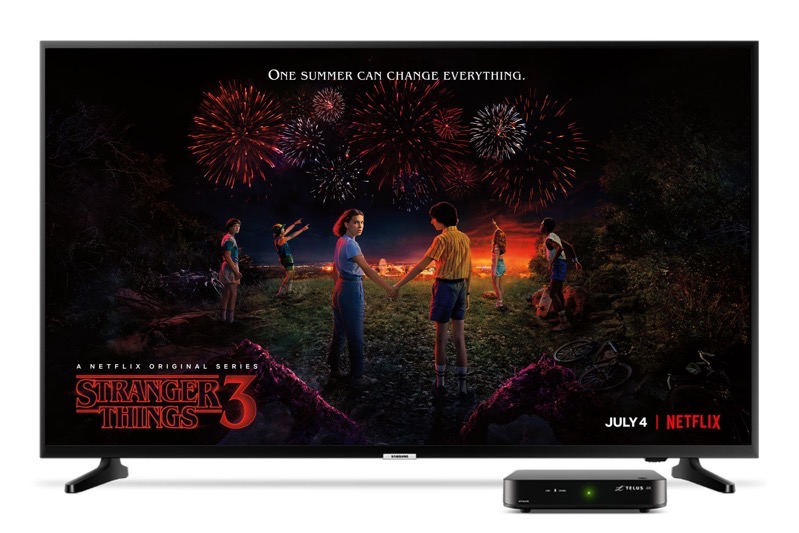 Telus has announced changes to its Optik TV packages, debuting a new option which includes free access to a Netflix 4K Premium plan.

According to Telus, customers who sign up for a new Optik TV combo package and pick Netflix as their premium content, the company will upgrade their subscription to Netflix Premium, which includes 4K HDR content and streaming on up to 4 screens at the same time. Telus says they will also pay for a customer’s monthly Netflix fee, with the option allowing existing customers of the latter to retain their online profiles.

Netflix Premium normally costs $16.99 per month, so the new bundle essentially saves you $203.88 per year.

“As entertainment options evolve, TELUS is committed to ensuring Optik TV customers have access to the content they want, all on one interface and on one bill,” said Blair Miller, Vice President of Consumer Products & Content, TELUS, in an issued statement to iPhone in Canada. “By simplifying our Optik TV packaging and bundling premium entertainment instead of adding them on, we are offering customers more choice, flexibility and value than ever before.”

Below are three new Optik TV packages which include this new Netflix 4K option; two-year term pricing is as follows:

Telus says these new Optik TV packages are now available for new and renewing customers in British Columbia and Alberta.