TELUS Pik TV is a service aimed at cord cutters, which essentially is a media box offering live TV and on-demand channels, along with access to other streaming services such as Netflix and YouTube. The service launched back in April 2017 and just under a year and a half later, a Pik TV app has launched for Apple TV.

If you’re an existing Pik TV customer, just download the new app on your Apple TV. You’ll be able to watch live TV immediately after logging in with your My TELUS credentials.

According to TELUS, on-demand purchases are not available on Pik TV on Apple TV right now, but they mention they are “working hard to enable this feature.” The delay may be related to Apple taking their cut of any in-app purchases made on Apple TV. Telus says customers can still make on-demand purchases through any web browser or Android device.

TELUS says purchased assets can still be watched on their Apple devices. 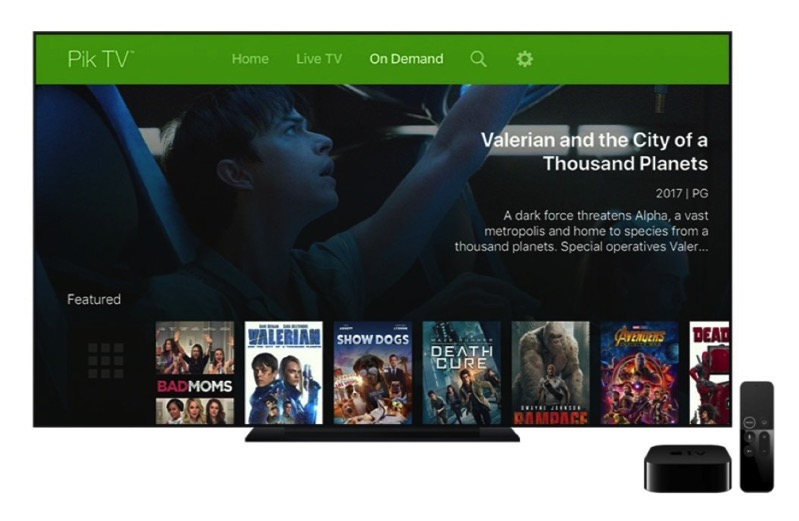 Pik TV requires TELUS Internet to get started. Right now, TELUS says you can get your first three months of Pik TV for $0, then pay $5 per month after if you sign up on a 2-year TELUS Internet plan with promo pricing.

The regular price of Pik TV starts at $10 per month, which includes Pik 5, consisting of 23 local and regional channels. Users get to add up to 5 additional channels for free. Pik TV can be viewed on any device, while those looking to hook up to their televisions previously required a Pik TV Media Box, but now Apple TV can replace that.

Are you subscribed to Pik TV? Let us know how the tvOS app is on Apple TV.