The raging wildfires in Fort McMurray have left TELUS and Shaw scrambling to ensure their services remain online for emergency responders and when residents eventually return to the area. Details of the harrowing efforts by both companies were shared with The Globe and Mail (paywall). 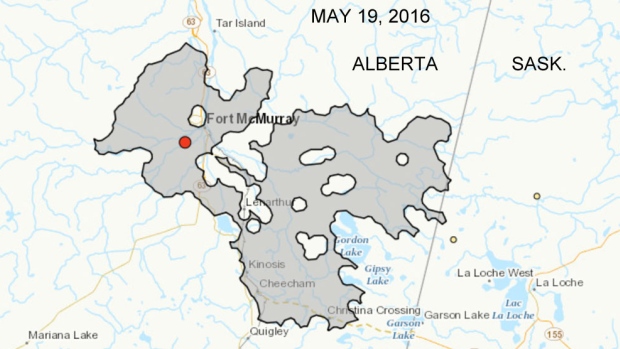 Power outages left both companies to rely on generators to keep cell towers and other infrastructure online, as it remained a challenge to refuel sites during the most intense stages of the forest fire.

Shaw has their central hub in Beacon Hill, a neighbourhood devastated by flames, but their structure was not destroyed by the blaze, neither was a key TELUS tower in the area.

Brian Bettis, general manager for Telus in Northern Alberta, told the Globe “If [that tower] went down, we would have lost cell coverage for the entire region,” adding “It’s also what we call a main fibre transport for the region, so it would have had big implications for land-line service as well.”

Bettis detailed how the tower was being powered by a generator and needed refuelling, but was unsafe to do so. A middle of the night mission was planned, and he explained how along with a technician and RCMP officer escort, they drove “through a wall of flame” to refuel the Beacon Hill tower generator.

Another terrifying tale described how the Stoney Mountain tower generator was refuelled, when it only had three hours of power remaining, with significant fires in the area. Bettis said their excellent working relationship with first responders helped come up with a solution to keep the tower online. What resulted was a helicopter escort from Wildfire Alberta, which followed closely behind TELUS technicians driving to the site, “ready to airlift them out if anything got too hairy.” The mission was successful and the generator refuelled.

Out of the 19 TELUS towers in the area, only one tower has been lost to fire, and most critical infrastructure remains safe and online. At one point, six of 19 towers did not have power.  Fuel has been scarce, with every employee heading to the area told to bring 10 jerry cans of gasoline with them—five for themselves and five for generators.

TELUS also deployed six cell-sites on wheels to the area (or “COWs”), towed to the outer edges of the community to extend wireless range for first responders, as they were losing power to cell towers, the company’s biggest challenge during the infernos.

Bettis said the company had up to 100 workers during the fires, with 50 to 60 sleeping on cots in offices, praising the “herculean effort” cable repair and network teams have put in to replace digital subscriber line access multiplexers at head offices damaged by flames, along with fixing pedestal boxes and splicing cables.

Shaw vice-president of operations, Greg Pultz, explained to the Globe up to 10 workers remained in Fort McMurray during the fires, sharing how some coaxial cables were damaged by fires in heavily affected sites, but most of its underground wire network remained safe and sound. Over 90 per cent of of service has been brought back to homes.

Pultz explains the company has already offered a credit for 30 days to customers and will adjust terms as needed based on customer situations, saying “We don’t want anyone worrying about their bills or anything along those lines from Shaw while they’re out of their homes.” The company has also opened up its Shaw Wi-Fi network in Northern Alberta for the public, free of charge.

TELUS is also offering credits to customers, giving one month of home services, while also waiving cellular overage charges, plus offering free calls Canada-wide from payphones in the region. For emergency and evacuation centres, TELUS sent 1,000 wireless devices and chargers.

The Fort McMurray wildfire, as of today, has crossed into Saskatchewan and is estimated to be over 483,000 hectares in size, according to Alberta Fire, reports CBC News.