On the weekend Apple featured a section in the App Store to allow Canadians to donate to the Canadian Red Cross to assist those affected by the devastating wildfires in Fort McMurray, Alberta. 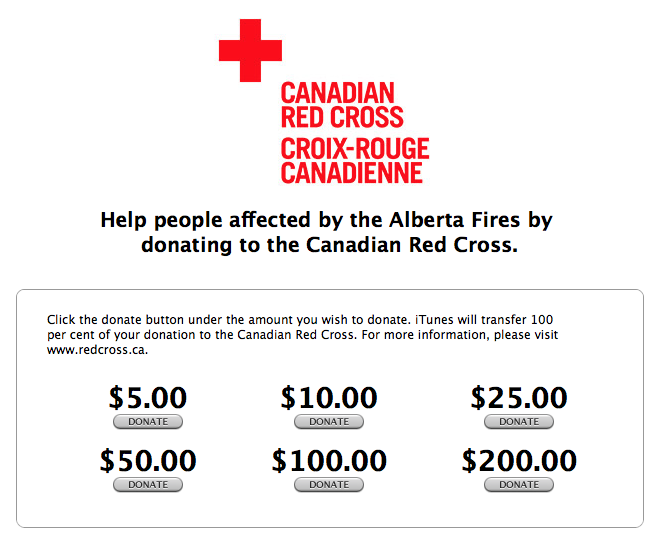 Donation amounts range from $5 to $200, and remember the Federal Government is currently matching all personal donations to the Canadian Red Cross.

You can also make donations via text message too, while currently calls and texts to/from the area are free for Rogers/Fido and TELUS/Koodo customers.

Last week, Apple added a “Wildfire Awareness” section in the App Store, a curated list of apps for users in B.C. and Alberta. That section has since been updated with more apps, including the following:

According to CBC News, the wildfire in Fort McMurray now sits at 161,000 hectares (1,610 square kilometres), just under three-times the size of Edmonton. Recent cooler temperatures, rain and lighter winds have apparently helped slow down the spread of the fire, which is only 30 to 40 kilometres away from the Saskatchewan border.