Telus to Offer Free Texts and Calling to Japan

Telus has announced that they will be offering free calling and texting to Japan, to help support those affected with the disaster.

Telus, which donated $100,000 to the Red Cross, the Salvation Army and UNICEF to help relief efforts for Japan and is matching fundraising efforts by its employees across Canada, said today texts and voice calls to Japan will be free for its subscribers. Voice calling from wired home phones to Japan will also be free. At the moment, the no-charge cell phone calls and texts are only available for regular Telus wireless account subscribers but Telus spokesman Shawn Hall said the company is working on extending that to people who have Telus pay-as-you-go service.

Free calling applies to cellphones, home phones, but PAYG customers will have to wait. Texting is also free whether you have a plan or not. To donate to Japan relief, text the following:

Also, channel 520, TV Japan is also being offered as a free preview at the moment. 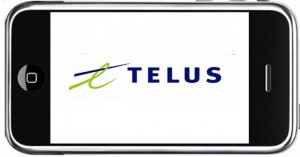